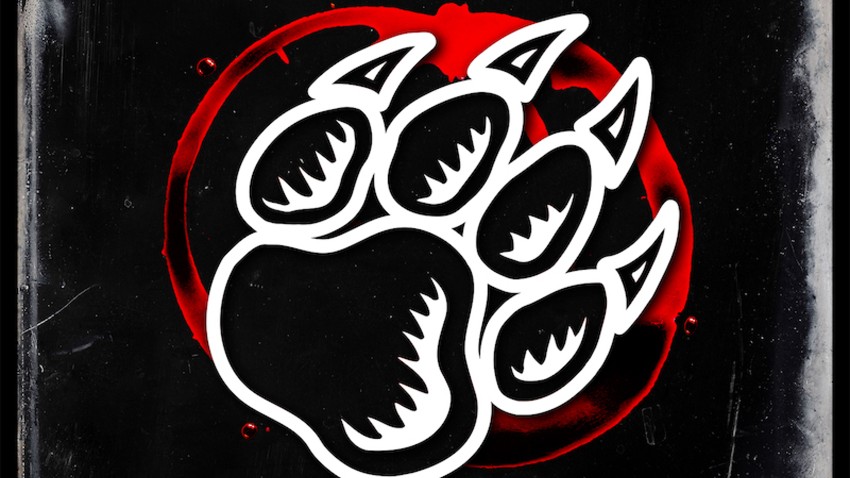 About The Winery Dogs

It’s been, well, a literal dog’s age since the vibrant powerhouse trio known as The Winery Dogs marked their recording territory with new music. But now, following a seven-year break from the studio, The Winery Dogs are back in full force with their aptly named third album III, which is set for release on February 3, 2023 on the band’s Three Dog Music label (via Burnside Distribution/The Orchard) on CD and all digital formats. (A vinyl edition of III will also be forthcoming in just a few months.) III was self-produced by The Winery Dogs and mixed by longtime band associate Jay Ruston.

From the clarion call for connection and societal understanding in “Mad World” to the door-opening personal realizations of “Breakthrough” to the undeniable muscle-flexing reign of the white-hot “Pharaoh” and the album-closing energy spillage of “The Red Wine,” all 50-plus minutes of III prove The Winery Dogs haven’t lost a step when it comes to conjuring fresh hooks, gutbucket grooves, and bold harmonies.

That said, it’s been a long road back to the collective compound for Winery Dogs guitarist/vocalist Richie Kotzen, bassist/vocalist Billy Sheehan, and drummer/vocalist Mike Portnoy. Back in 2015-16, they hit the road hard together to showcase their mettle as hardcore (you guessed it) road dogs in order to build upon the success of their well-received 2015 sophomore studio effort, Hot Streak, by touring all across the globe. Eventually, the seasoned trio returned to their respective corners to focus on various other projects for the ensuing next few years. But when that live itch needed another scratching, these three working musicians knew just what they had to do.

“We wanted to tour,” Kotzen confirms succinctly of The Winery Dogs’ 22-date run in early 2019 that was appropriately dubbed “Who Let The Dogs Out,” before adding, “We had to get those cylinders firing together once again.” Concurs Portnoy, “That was a fun little tour that reignited our enthusiasm — and that’s also when we knew a third album was definitely in the cards.” Adds Sheehan, “Getting back together like that was really refreshing. We could relax a bit and enjoy being together onstage, playing without any pressure. It was a beautiful thing.”

Duly reinvigorated, The Winery Dogs were finally aligned to record again by initially ensconcing themselves together in Kotzen’s intimate, cozy home studio in Southern California to jam on new material that was mainly created in the moment during many hours of face-to-face musical interaction. Always the driven and intuitive songwriter, Kotzen displays a definitive M.O. whenever he’s working out new songs in the studio by scatting melodies and putting forth short bursts of semi-improvised lines and phrases that will soon enough transform into sharply honed subject matter. “My attitude is this:  when I’m in the studio creating new music, the last thing on my mind is, ‘How am I gonna do it live?’” Kotzen admits. “The reality is, I may never get to where I’ll do it live. What’s relevant is getting the vision that’s in my head, in my heart, and in my soul to come out of the speakers. If it gets to the point where the tour is booked, the dates are confirmed, and we all get back in the rehearsal room together, that’s when you figure out, ‘OK, how do I interpret this in a way it can be delivered live, and still be the same song?’”

Good thing The Winery Dogs had already figured out the basic tracks for the ten songs that made the final cut of III, due to all that woodshedding. Consider the overall feel of the all-out smokin’ opening track and lead single “Xanadu,” for example. While that particular song title might evoke different imagery in more progressive-leaning listening circles, Kotzen’s zen-seeking, hard-rocking ruminations on “Xanadu” once again shine a light on the eternal power of good collaboration. “Coming out of the gates, that’s a barnburner,” acknowledges Portnoy. “It’s one of the fiercest tracks on the album.” Incidentally, eagle ears will also delight in picking up on how definitively Portnoy drops his drumsticks right as the song concludes. “At the end there, you’re hearing me toss my sticks — not in frustration, but very much in satisfaction of what we had just done,” he clarifies with a laugh.

The intuitive give-and-take nature of all three Winery Dogs also led to a key lyrical adjustment in the aforementioned “Breakthrough.” Initially, Kotzen had centered a core idea around the line, “I’m falling and breaking,” but Portnoy’s keen, laser-honed instincts compelled him to suggest a slight shift in phraseology to change that line to, “I’m having a breakthrough,” which in turn lent the track another added dimension altogether. “I kept singing my original line over and over while we were tracking it,” Kotzen recalls, “but once I sang Mike’s line, it all fit. Then I wrote the rest of it from there.” Portnoy observes, “When songs are in their embryonic form, Richie is usually singing along and coming up with melodies, but not writing any words down. I kept hearing that line in my head on the chorus. Once he put the lyrics together, I said, ‘Hey, what about that phrase I kept hearing there?’ He was cool enough to accept it, and then he took the idea and ran with it.” Theorizes Sheehan, “One little change like that can alter the whole impasse of a song. Some people fear that, but I look at it the opposite way — change one right phrase in the right way at the right point, and you can turn a good song into an A-plus song.”

Given the overall breadth and scope of the music that fills the grooves of III, the mutual goal of The Winery Dogs is quite direct. “Our objective is to give people a truly pleasant listening experience,” outlines Kotzen. “Our music is created by real people playing real instruments, with all of us doing it in a room together. There’s nothing artificial about it.” Notes Sheehan, “I’d like our listeners to be transported in a way that they can experience what we are going through. Our records are snapshots of life, and how we’re living it. Our music reflects what’s important to us, and what isn’t.” Concludes Portnoy, “The strength of this band is, first and foremost, it’s about the songs. Then comes the musicianship, which is obviously important. What makes The Winery Dogs so great is, every one of these songs is memorable, catchy, and singable, but at the same time, you have this great musicianship in all three departments. It’s like a three-ring circus. No matter who you’re watching or listening to, you will always be entertained.”

As III handily proves with each successive listen, just like a fine wine given the right amount of time to ferment and to breathe, The Winery Dogs keep on getting better and better with age.