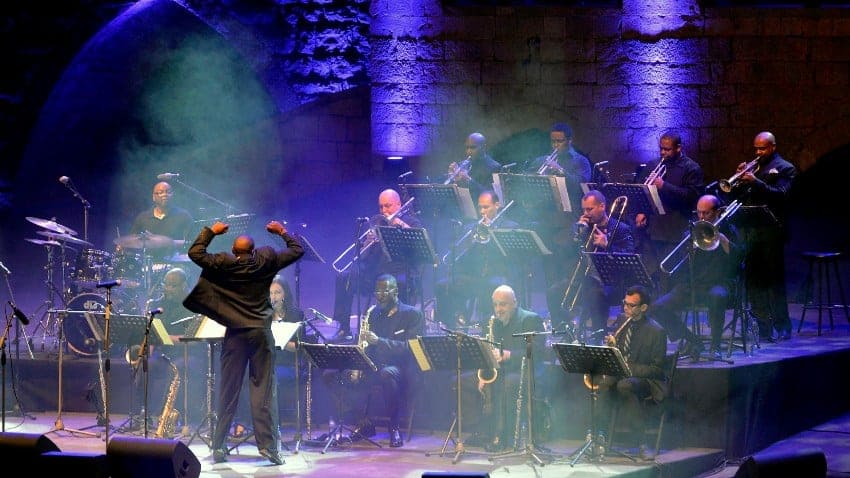 About The Dizzy Gillespie Big Band

History has produced its share of great artists and great people – John Birks “Dizzy” Gillespie was both. As a performer, he left behind an incredible record of innovation and inspiration; as a composer, a broad repository of musical masterpieces, and as a man, a legion of friends, colleagues and compatriots who remember him with the same degree of love and esteem they reserve for his work. For Dizzy Gillespie, playing in a small combo was never enough. His artistry compelled him to seek and to create larger ensembles because as a composer and arranger, a big band was the ultimate vehicle for self-expression. Given that the majority of his career took place after 1950 when the big band era was over, it’s especially notable that Dizzy Gillespie continued to create brilliant music using the grand-scale formats of jazz big band and orchestra right up to the end of his life in 1993.

The Dizzy Gillespie Big Band is a direct descendant of those ventures and happily, the tradition lives on. The band is nurtured by Gillespie alumnus, executive director and producer, and bassist John Lee; together they continue to delight audiences around the world with the enduring power and freshness of Dizzy Gillespie’s music. This is the legacy the master would have wanted—and a living tribute from the many extraordinary musicians in this group who exemplify his style, range, passion, and commitment. The Dizzy Gillespie Big Band (also known as the Dizzy Gillespie All-Star Big Band) debuted in 1997. Over the years the band featured some of Dizzy’s close compatriots: senior statesmen and NEA Jazz Masters Jimmy Heath, James Moody, Frank Wess, and Slide Hampton, as well as veteran Gillespie alumni Randy Brecker, Tommy Campbell, Cyrus Chestnut, Jon Faddis, Roy Hargrove, Lewis Nash, Claudio Roditi, and Douglas Purviance.