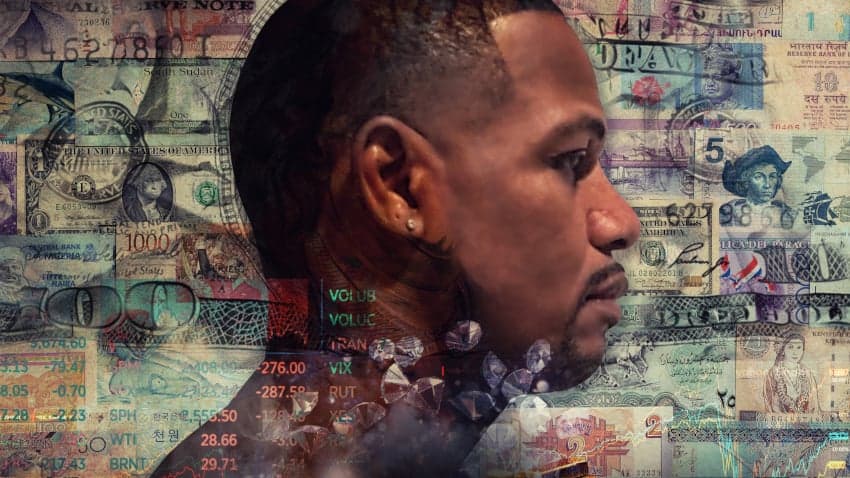 Per New York City’s new guidance, beginning August 13 Sony Hall will be requiring all guests, staff & musicians to have received at least one dose of a coronavirus vaccine to enter. Proof of vaccination may include your physical CDC card, photo of your CDC card, NYC Covid Safe App, or the NYS Excelsior Pass. Children under 12 – who cannot be vaccinated – must wear masks. In addition to the vaccination policy, New York City continues to encourage masks for all indoor gatherings, except while you are actively eating and drinking.

In the first verse of AZ’s career, he made his purpose clear with the line, “Others such as myself are trying to carry on tradition.” Since that iconic debut on Nas’ Illmatic, AZ has cultivated a career that includes eight celebrated albums, a platinum single, two Gold albums and a Grammy nomination, along with co-founding a chart-topping super-group, and penning multiple verses that are etched in the stone of Hip-Hop history. Twenty-five years after his lauded debut Doe Or Die, AZ delivers his long-anticipated sequel on September 10. The autobiographical Doe Or Die 2 features Lil Wayne, Rick Ross, Conway The Machine, Dave East, T-Pain and Jaheim while boasting production from Pete Rock, Alchemist, KayGee, Buckwild, Rockwilder, Heatmakerz and CZARFACE. When it comes to sharp lyricism, vivid imagery, and street-tested wisdom for the ages, the Brooklyn, New York native carries on tradition in the name of legacy.

AZ hails from one of the Big Apple’s toughest areas, East New York, Brooklyn. Amid a 1980s childhood, he became a student of life outside his public housing building on 340 Williams Avenue. “When you grow up in the streets, your senses are heightened,” Anthony Cruz reflects. Combining the first and last letters of his name, AZ was infatuated with Hip-Hop. “When it was my turn to build onto the legacy started by the great MCs, I added the touches, the smells, the sights. I incorporated the five senses, and that’s where I trademarked my style from. We followed the lyrical, metaphoric styles of the greats. While we were listening to them, we were also indulging in negative activities.” In balancing those worlds, he bonded with a like-minded peer, Nas. Barely 20, AZ was the lone guest vocalist on 1994’s Illmatic, appearing on the highlight “Life’s A Bitch.” The dazzling breakthrough verse on Nas’ classic, now-double-platinum LP kicked open doors for Tha Visualiza. “From there, a deal just happened, then my album.” AZ’s 1995 EMI Records debut topped Rap charts. “On Doe Or Die, I was just speaking about my mindset and experiences at the time.” In telling his truth, AZ manifested a platinum single, “Sugar Hill,” and showed why he was “Rather Unique” overtop of Pete Rock production.

Over the next 25 years, AZ continued to present his life in verse. He and Nas fulfilled a plan with The Firm, a mid-’90s super-group that included Foxy Brown, Cormega, and Nature. “That was a baby that me and Nas had incubated since we first got in the game. We talked about it, but to see it come to fruition was a big moment for me,” A recalls. A 1997 group album overseen by Dr. Dre topped the charts. In 2020, AZ was the linchpin to reuniting the group and Dre for Nas’ Grammy-winning King’s Disease. As a constant connection to each of the founding MCs, AZ notes, “We completed what we set out to do, and now we’re sitting back like proud parents.”

However, it is AZ’s extensive solo career that colors his growth and perseverance. “Going through my trials and tribulations was my greatest learning tool,” he admits. AZ bounced around labels during the ‘90s and early 2000s before becoming a role model of independence. “I possess the mental capacity to learn how to maneuver any terrain; that’s what you learn from the streets. Many come, few chosen.” Whether major or independent, AZ’s discography was both a fixture of the charts and critically acclaimed. Highlights include 2001’s soulful “Problems,” and DJ Premier collaborations “The Format” and “The Come Up.” “I never had the foundation I needed to elevate, so I had to elevate myself.” He prides himself on self-sufficiency.

Since 2008’s Undeniable, AZ has somehow managed to remain prolific while carefully preserving his brand. The MC announced plans to give Doe Or Die a sequel shortly after and spent close to a decade fine-tuning a proper update to his celebrated introduction. During that same period, AZ sprinkled his fanbase with a stream of singles, videos, and many Wu-Tang collaborations. The great MC diversified, becoming a producer and an author, publishing Gems, Jewels & Treasures. “I just want to write about my life—I did it on wax, on paper, and I’ve got a documentary film coming too,” he says, adding that another book title is also in the works. As part of the Hip-Hop generation that showed great MCs could hold microphones in one hand and champagne flutes in the other, AZ launched SOSA beverages and a line of sparkling wines.

Amid his other ventures, AZ found his Doe Or Die 2 stride during the last two years. “I got really into making this album during pandemic times; I locked all the way in,” he explains. “I wanted to just get into a groove and do what AZ does: express myself while dropping a jewel or two that people can take with them and add onto their life.” Songs like “The Wheel” featuring Jaheim do just that. On a beat by Grammy-winning Naughty By Nature producer KayGee, AZ presents his uphill battle to reach his goals and avoid perilous pitfalls. Jaheim provides a soulful chorus. “This was about speaking as an evolved, mature AZ and putting chapters onto my story.” As an MC, AZ uses DOD2to show his influence. “The Ritual” features Lil Wayne and Conway The Machine over Alchemist production. The song blends three generations of MCs from different cities to flex their lyrical chops. In the center is an artist approaching 30 years of rap excellence. “I show that I’ve stood the test of time and can dance with the best of them, in every era,” the host says. That bridge is also present on “Get Money,” featuring Dave East. “To me, Dave East is part of the family, ‘cause Nas brought him to the table,” AZ says. “Plus, he’s another example of a go-getter. He was made for this game.” The song is produced by Buckwild, who, like Pete Rock, is a carryover from the original ‘95 album in the Doe Or Die franchise. “Pete Rock and Buckwild were a necessity; they’re family.” Other highlights include the Hip-Hop park jam nostalgia of “Rep The Real” and the autobiographical “Found My Niche.”

After taking his time and exercising care to make Doe Or Die 2, AZ is eager to share his vision. The album charts the growth from a former hustler to a father and entrepreneur—who never lost his love for the art. “These are footnotes for those coming behind me,” he says. “I’m speaking about what my successes and failures were, my strengths and weaknesses—it’s like a guiding light for others. For me, Doe Or Die 2 is my 360. I get to say that I did it. I’m completing the cipher.” Idris Elba kicks things off with a thematic intro, while the artwork is a symbolic photo that AZ has taken in his travels—through continents, the industry, and living life. The concept of making the most out of life is very much the overlapping theme between the two DOD volumes.

In an era where MCs are getting recognition for offering new levels of wisdom and perspectives, AZ is a proud example of consistency and honor. “I never joined the circus; I’m not with the gossip and talking,” he proudly admits. “I try to be a man of substance that had a goal and was moving towards that goal and that goal only,” AZ notes that while times change, cycles repeat themselves. Doe Or Die captured the mid-1990s with reverence and respect for the music and the streets that came before. Doe Or Die 2 is accessible for the same reasons—embracing the past while understanding the present. The MC-turned-author believes it is all going according to plan. “I’m just doing it the best way that I can; it all just carries on tradition.”