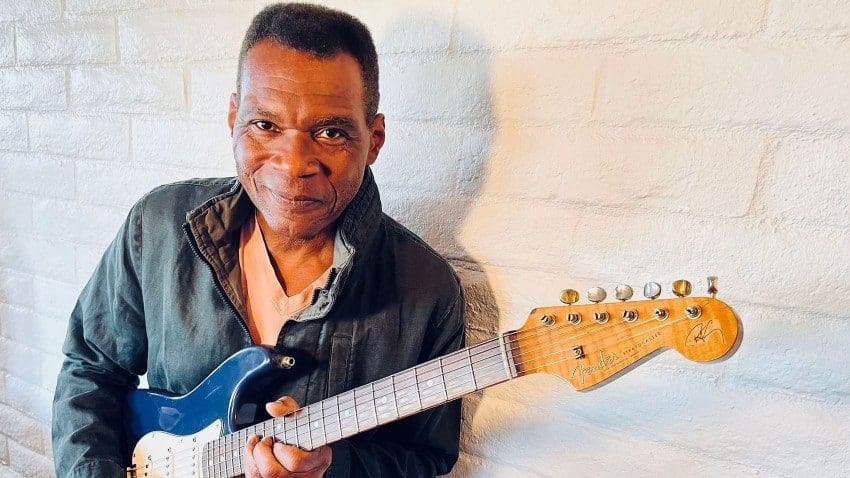 Robert Cray has been bridging the lines between blues, soul and R&B for the past four decades, with five Grammy wins and over 20 acclaimed albums.  For his latest project, Robert Cray & Hi Rhythm (April 28 / Jay-Vee Records), the Blues Hall of Famer traveled to Memphis with his friend, renowned Grammy Award winning producer Steve Jordan, to make a classic soul album with Hi Rhythm, the band that helped create that sound.

Jordan and Cray met in 1987 while working on the concert film Hail! Hail! Rock and Roll, a tribute to Chuck Berry.  Steve produced Robert’s Grammy winning Take Your Shoes Off in 1999, and a number of other albums, including the exciting 4 Nights of 40 Years Live.  He knew of Robert’s deep love of O.V. Wright and other Memphis soul legends, and suggested they take up residence at Royal Studios, where Wright, Ann Peebles, Al Green, Syl Johnson, Otis Clay and many others recorded with the venerable producer, songwriter, arranger and engineer, Willie Mitchell.  The core of Mitchell’s Hi Rhythm band used on many of those landmark sessions was still around, though Mitchell himself had passed in 2010.

Robert penned “You Had My Heart” and “The Way We Are,” two stunning love songs.  Many timeless soul songs were statements in a time of turmoil, and so it is again with Cray’s “Just How Low.”  The album opens with a driving, soulful version of Bill Withers’ “The Same Love That Made Me Laugh” that sounds as if it was originally from an old Hi Rhythm recording.  Jay-Vee Records knows it’s very lucky to have these powerful songs.  When Robert chose two Tony Joe White songs for the album, White, a big fan of Cray, came up from Nashville to sit in.  First up is the moving ballad “Aspen, Colorado” (the sister song of his “Rainy Night in Georgia”).  The other end of the spectrum is the swirling psychedelia of “Don’t Steal My Love.”   The tribute to O.V. Wright and Hi Rhythm is the horn-driven version of “You Must Believe in Yourself.”  Known for writing “Mustang Sally” and many other songs, Sir Mac Rice’s “I Don’t Care” follows on the album with an unforgettable hook, and Rice’s funky “Honey Bad” features more guitar brilliance from Cray.  Moving into early R&B from the 5 Royales, Robert performs “I’m With You Pt. 1” then turns the guitar loose on “I’m With You Pt 2.”