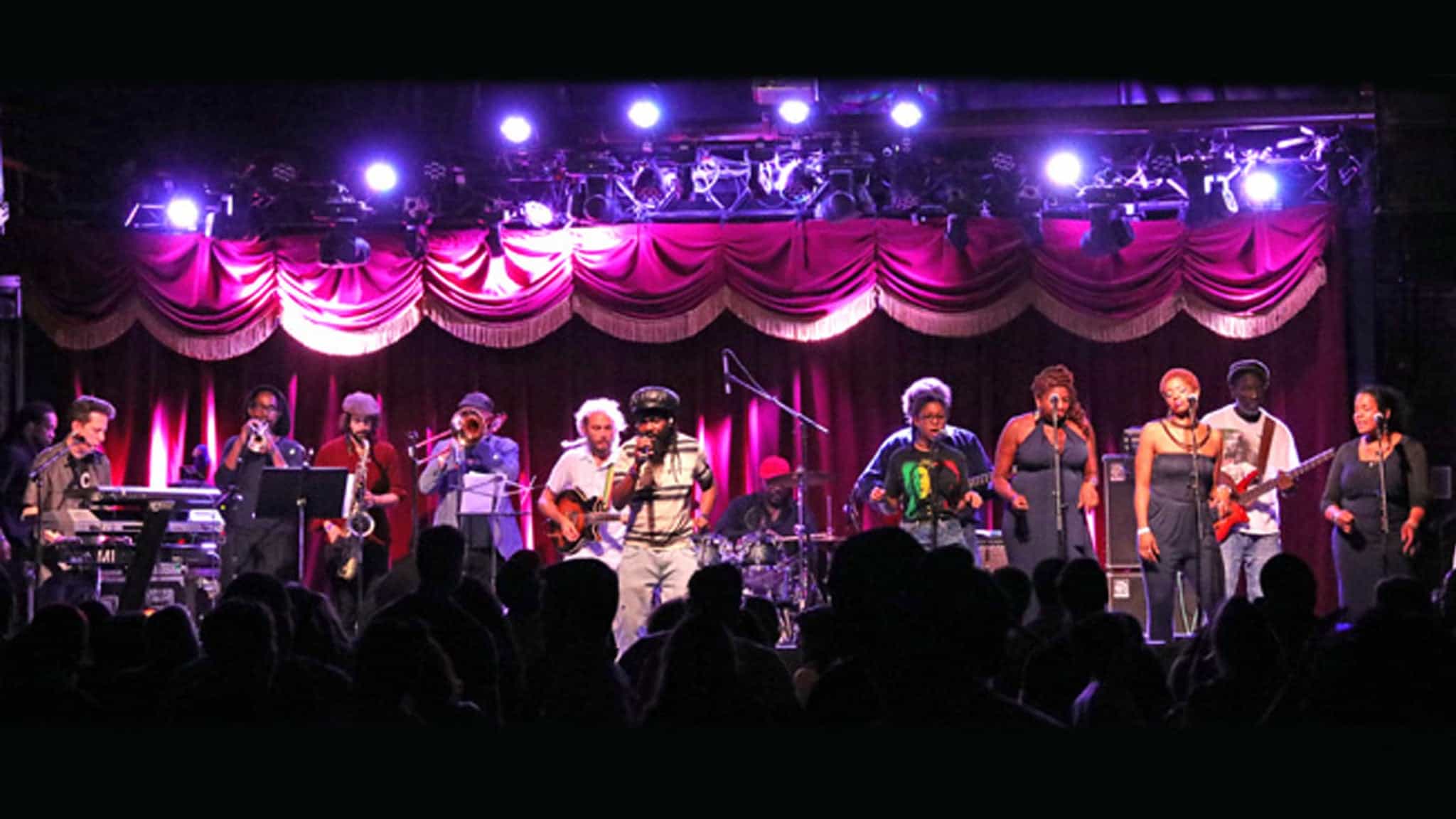 Since emerging in 1996 as the High Times Cannabis Cup house band, the CCB has been tearing up the underground New York reggae scene. The bands annual Bob Marley Birthday Tribute show, now in its 24th year, has sold out every year since its inception in 1997. The CCB features the finest players in the NY reggae scene and will perform Bob Marleys Greatest Hits at this show.

The Cannabis Cup Band (CCB), New York’s most popular reggae group, was formed in 1995 as the house band for the annual High Times Cannabis Cup event in Amsterdam. The CCB, a rotating all-star cast of singers and players, maintain its tradition of presenting both original and classic reggae and dancehall rhythms, performed by a mix of industry veterans and fresh local talent.

The CCB has performed with diverse artists including Rita Marley, George Clinton, Bushman, Everton Blender, and Andrew Tosh, and has developed a reputation among fans as an exciting variety showcase for local reggae artists presenting original material. Singers currently appearing with the CCB include Lenky Don, Crucial Bridge, Laury Webb, and Quarter Bill.

In the fall of 1995, in response to a request from High Times magazine editor-in-chief Steven Hager to create a versatile ensemble that could span many genres and back up well-known singers at the Cannabis Cup, producer and drummer G. Moses enlisted Ricky T. and MC Rocker T bandmates in the pioneering NYC reggae/hip-hop band Skadanks along with singers Kimona 117 and Edizen Archer, bassist Michael Esterson, and guitarist Lenny Kaye, who appeared as a special guest at the 1995 Cannabis Cup. In 1997, original Skadanks bassist Alex Valenti (now CCB’s engineer) and Skadanks guitarist Joe Sansaverino joined the CCB, and Ras Menelik, who performed and recorded with Bob Marley, also signed on.

At the World Hemp Expo (WHEE) in Oregon in the summer of 1997, alongside Bob Marley biographer Roger Steffens, the band performed its first Marley tribute, the precursor to the band’s annual Bob Marley Birthday Tribute at the B.B. King venue in Times Square, an epic marathon of 50+ Marley classics, now in its 16th year. The 1997 Cannabis Cup that fall featured the CCB performing with Rita Marley.

The legendary Wetlands venue in Tribeca, where the band played dozens of shows, served as the CCB’s home base until the club’s demise in 2001. Throughout the late 1990s and early 2000s, the CCB performed original and cover music in many genres, primarily roots and dancehall reggae, but also rock, funk, hardcore, and hip-hop at venues in NYC and around the Northeast. Rocker T’s departure from the band in 2001 to pursue a solo career refocused the CCB on its primary reggae genre, and the band was led through the decade by singer and guitarist Junior Jazz (now with Monty Alexander and Inner Circle), and singer and Studio One recording artist Judah Eskender Tafari. Since 2010, singer Ras Droppa has led the current CCB lineup.