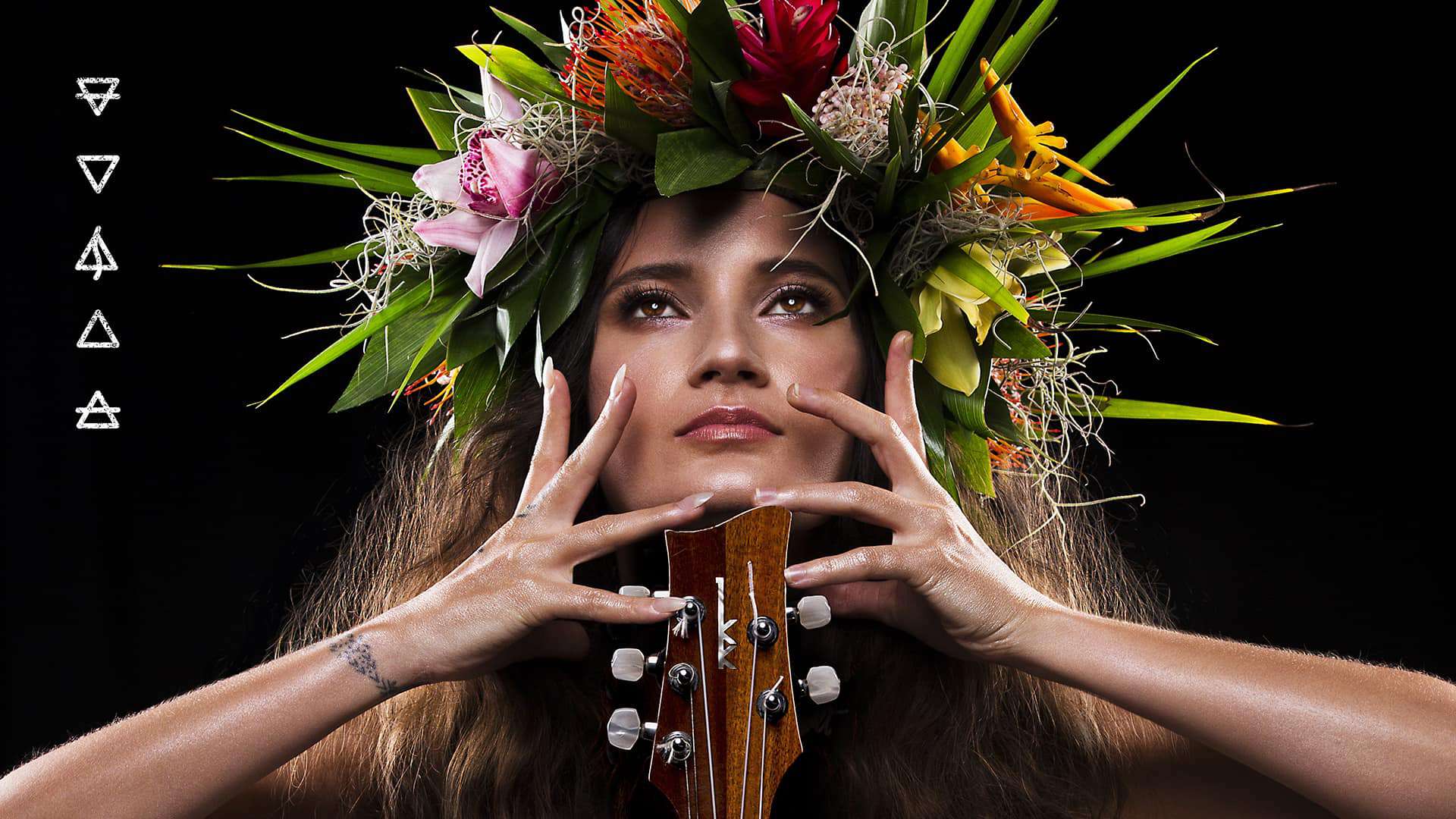 One of world music’s hottest rising stars presents her biggest North American show ever at Sony Hall on Thursday, January 9. Hawaii ukulele virtuoso, songwriter and theater producer, Taimane, brings her full repertoire of music and dance to Manhattan after experiencing a stratospheric ascent in 2019.

Taimane, whose name translates to “diamond” from Samoan, is a born entertainer best known for her fierce and inventive style of playing the ukulele. Her attraction to the four-string island staple began at age 3, and by age 10, she regularly performed in public, busking in Waikiki every Friday night with her father holding down security duties and Waikiki Beach Boys (adults whose home & workplace was the beach) serving as her band. By age 13, Taimane landed a position in Don Ho’s venerable variety show at the Waikiki Beachcomber, playing in the spotlight every week until Ho’s passing. Fast forward to today, and you have an artist who tours the world and has carved out a unique niche in music – merging a wide-array of genres, from Bach to rock, flamenco infernos to tribal hymns, summoning a seemingly limitless palette of emotions via an instrument previously viewed as a restricted device.

Ever since setting her sights beyond the Hawaii horizon in 2017, Taimane has wowed ever larger audiences including performances alongside Michael Franti to over 10,000 people at both Red Rocks and The Gorge Amphitheatres and her own show in front of 20,000 at the Staples Center in Los Angeles. At SXSW 2019 in Austin, TX, Taimane’s rise hit high speed with NPR and other media hailing her as one of the standout artists of the mega festival. She continued to soar thereafter garnering the spotlight from Reuters News Agency, experiencing an explosion of new fans around the globe (over 250,000 online followers and counting), packing venues across Europe and selling out all five of her summer concerts in North America. 2020 looks on-track to further propel Taimane as she kicks off the year performing at one of the most renowned venues in Germany, “Elbphilharmonie,” records an episode of NPR’s Tiny Desk series, returns to SXSW and sees a taping of her sold out 2019 Berkeley concert broadcast on select PBS television stations nationwide.

Come experience Taimane’s beauty, grace and fire and see why she is quickly becoming a global cultural beacon.

“Taimane rocks the stage with a sensual vibrancy and a white-hot talent that captivates and beguiles!”- Pierce Brosnan (aka 007)

“I didn’t see anyone at the [SXSW 2019] festival doing anything close to what she [Taimane] does on stage. She shreds on ukulele and rocks everything from Beethoven to Led Zeppelin. Somehow she manages to not only rock out but connect the audience with meaningful Hawaiian traditions and dances.” – Austin American-Statesman