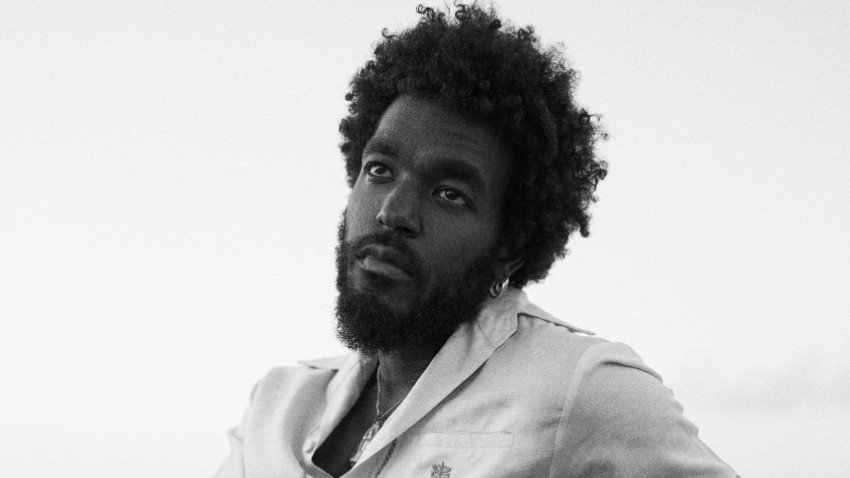 From bringing characters to life on Broadway to starring in hit television series and critically acclaimed films, and releasing #1 albums while touring the country with some of the biggest superstars in music, actor and three-time Grammy nominated singer/songwriter Luke James has become one of the most watched multi-hyphenate talents in the entertainment industry today.

On stage, Luke can next be seen starring on Broadway’s “Thoughts of a Colored Man” which will open at The John Golden Theatre on Sunday October 31, 2021 (and run through March 2022). The limited engagement, written by African American playwright Keenan Scott II, will be the first new play to open on Broadway, following a near two-year shutdown due to the COVID-19 pandemic.  “Thoughts of a Colored Man” explores a single day in the pulsing heart of Brooklyn, as seven Black men discover the extraordinary together.  The play blends spoken word, slam poetry, rhythm, and humor to shine a light onto a tight-knit brotherhood, revealing their most triumphant selves.

Additional credits for Luke include: starring on the hit FOX/Lee Daniels musical drama series “Star,” HBO’s “Insecure,” USA’s “Unsolved: The Murders of Tupac and the Notorious B.I.G.,” and his role as R&B singer Johnny Gill on BET’s “The New Edition Story,” which drew in record ratings of 29M+ viewers during premiere week.  On the film front, Luke appeared in the smash hit Universal Pictures’ comedy “Little” opposite Issa Rae, Regina Hall and Marsai Martin.

In music, Luke recently released the live version of his smash hit Grammy-nominated album “to feel love/d” (2020) on September 26, 2021. The brand new, reimagined version of the album entitled “a live sensation” features nine tracks, and was recorded alongside Miami based Orchestral experience Nu Deco Ensemble.  The performance was originally recorded at the magical Adrienne Arsht Center for the Performing Arts in Miami, Florida and broadcast exclusively on BET as a benefit concert, with donations and proceeds going towards the NAACP’s “Backing the B.A.R.” initiative supporting Black-owned bars and restaurants amidst COVID-19 shutdowns. “a live sensation” successfully blends Luke’s raw vocal and creative talents with Nu Deco Ensemble’s orchestral artistry in a genre-bending visual and audio experience.

Luke released his breakout independent album, “to feel love/d,” in January 2020 and garnered a 2021 Grammy nomination for ‘Best R&B Album’ alongside John Legend, Gregory Porter, Ant Clemons, and Giveon.  “to feel love/d” was the only indie album to be nominated in the category and marks the third Grammy nomination of Luke’s career.  Luke pulled out all the stops with massive collaborations on the record, teaming up with Lucky Daye, Big K.R.I.T., BJ the Chicago Kid, Kirk Franklin, and Ro James, as well as production from powerhouse producers Danja, Cobaine Ivory, Guitarboy and Sir Dylan.

Born and raised in New Orleans, Luke was immersed in the rich musical heritage of the city at an early age, even taking up the saxophone for several years.  As a child, he was heavily influenced by an array of artists, from Marvin Gaye and Aretha Franklin to Miles Davis and D’Angelo.  Luke got his start professionally singing background for Tyrese and went on to write for top artists including Justin Bieber, Chris Brown, and Snoh Aalegra, to name a few.  As Luke expanded his solo career, he went on to perform alongside the late Prince and open for Beyonce’s Mrs. Carter Show World Tour.  In 2012, he received his first Grammy nomination for Best R&B Performance for his hit song “I Want You” from his first mixtape “#Luke,” and received his second Grammy nomination in 2015 for Best R&B Song: “Options ft. Rick Ross,” from his self-titled debut album “Luke James.”

Luke currently splits his time between Atlanta, New York, and Chicago, where productions on his multitude of projects are based.