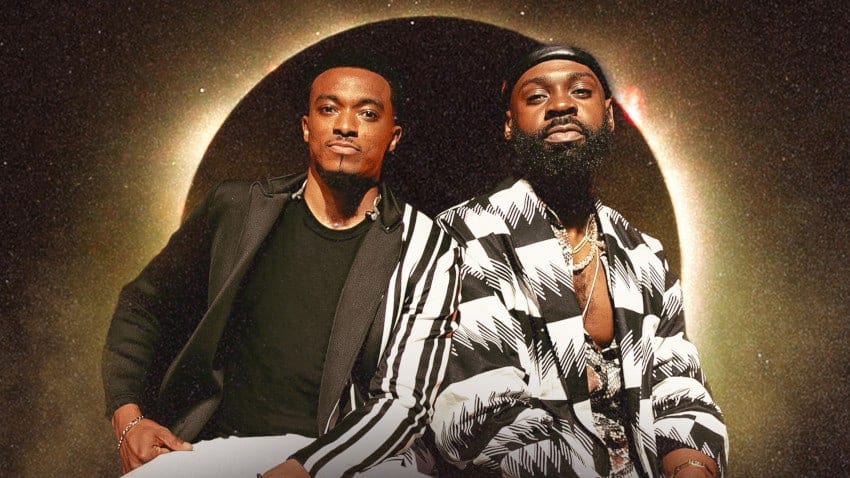 Award-winning Gospel artist and musician Jonathan McReynolds continues to share his music, heart, and journey with all of his family, friends, and fans as he travels the world professing the gospel through a beautiful and inspiring song ministry.

As he continues to garner the fellowship and support of fellow talented musicians and singers such as Lalah Hathaway, Kirk Franklin, Stevie Wonder, H.E.R, Maverick City Music, and many more, Jonathan McReynolds has created a distinct standard for what it means to be Christ-led and how to live a full life while still honoring God. At just 31 years old, Jonathan uses his incredible voice and beautifully, brutally candid approach to songwriting to reach the ears and hearts of fans worldwide.

Jonathan’s latest full-length album Make Room debuted #1 on Billboard Gospel. It was undeniably regarded as his best work to date, winning eight Stellar Awards and obtaining two Grammy nominations. The title track “Make Room” and hit single “Not Lucky, I’m Loved” gave Jonathan his first two #1 Billboard songs. His second album Life Music: Stage Two features another superstar fan in India.Arie and maintained at #1 on the Billboard Gospel chart for 4 weeks. It then went on to grab a Grammy nomination, multiple Stellar nominations, and a Dove Award win. For his EP Sessions, Jonathan teamed up with another beautiful voice, Tweet. This unannounced, surprise release reached the top of the iTunes Christian chart overnight.

In April 2020, Jonathan McReynolds released a transparent, thought-provoking album entitled “People”, with the single gaining notoriety, being sung, tweeted, and shared all over social media. “People” allowed Jonathan to express his feelings about the influence, opinions, and effects of people in his life and throughout his budding career. The album also includes the single that made Jonathan a certified Grammy Award winner, Movin’ On featuring Mali Music.

In May 2015, Jonathan attained his Masters of Arts in Biblical Studies from Moody Theological Seminary. Jonathan uses his education and experience to share knowledge and wisdom to help us see God in a new perspective. He has a great desire to have a genuine, positive impact on society far beyond the music industry. With that, he is an adjunct instructor at his alma mater Columbia College, an official contributor to Huffington Post, and the founder of Elihu Nation, a nonprofit organization that promotes wisdom and has awarded over $40k in scholarships for youth. Jonathan McReynolds has also been honored as a member of Mensa, an international high IQ society.

Jonathan continues to break major ground in the gospel music industry. In March 2018, his one-hour TV special aired multiple times on TVOne and Jonathan was the first in his genre to form a major partnership with Tidal Music. His appeal stretches across generational, cultural, and musical lines. Over the span of his career, Jonathan McReynolds has had the pleasure of gracing such stages as Black Music Honors (2018), BET Celebration of Gospel (2014, 2016), Essence Fest (2014, 2015), 106 & Park, Stellar Awards (2015, 2016, 2018, 2019, 2020, 2021), Joyful Noise, Revolt TV Live, and the Dove Awards. In addition to headlining monster shows reaching as far as Oslo, London, and Port-of-Spain, Jonathan has already headlined two sold-out American tours spanning 33 cities, has toured with India Arie and Lalah Hathaway, and recently starred in the BET Original movie “Favorite Son”. Jonathan’s latest monumental accomplishment is being named the winner for Best Gospel Performance/Song for the hit single Movin’ On at this year’s Grammy Award celebration.

Born in Arizona and raised in Savannah, GA, the prolific singer-songwriter and producer grew up in a strict, Christian household, with his first memories of music heavily influenced by religion. At only 12-years-old, Mali created and arranged his own material as his church’s minister of music.

Despite exhibiting such talent at a young age, Mali faced challenges expanding and adjusting to music beyond traditional gospel, the older he became. “It was hard because my gift was ready, but I wasn’t,” he reflected. As a teenager he worked even harder to share his gift, posting music on his MySpace page and experimenting with different ideas. Mali’s perseverance later resulted in being discovered by people he still holds in high regard today, and intentionally transforming into a professional recording artist.

With his new album, The Transition of Mali released on Bystorm Entertainment/RCA Records on June 2nd, Mali Music demonstrates his evolution as an artist expanding outside of his gospel roots while maintaining his R&B core.

Undeniably, Mali has managed to successfully bridge a gap between the secular and sanctified, a point undeniably made with the success of his last album Mali Is… (Bystorm Entertainment/RCA Records). In 2015, the singer reached a major landmark in his career receiving GRAMMY nominations for Best Gospel Performance/Song for “Beautiful,” the lead single from Mali Is…, and Urban Contemporary Album for the album. “Beautiful” touched the Billboard charts in the top 10 and pushed Mali into the mainstream.