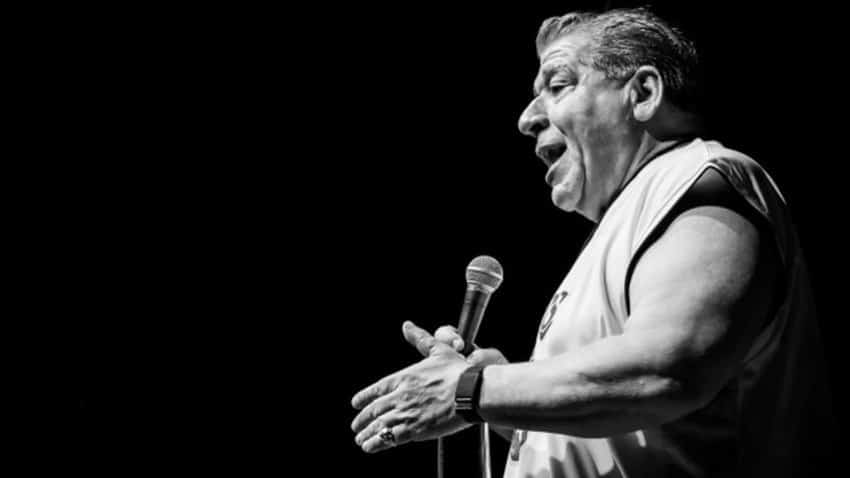 Comedy specials on streaming sites and podcasts have taken stand up comedy to an all-time high. Audiences are coming out in flocks to watch their favorite comedians but there’s one comic that isn’t in this elite group. Some say he’s the best kept secret in stand up comedy: Joey Coco Diaz. His energy and his storytelling abilities are second to none and staying off the radar makes him one of the top underground comics today. Joey has appeared on Netflix as part of “The Degenerates” series and a 2016 Seeso special titled, “Socially Unacceptable”. His live performances are unpredictable, hilarious and dangerous all at once.

Joey displayed his storytelling abilities on four episodes of Comedy Central’s “This is Not Happening”, where Joey shocked and mesmerized audiences with stories of his youth. He’s been seen on “The Guest Book”, “Law and Order SVU”, a recurring role on “Maron”, as well as a role in the upcoming David Chase film, “The Many Saints of Newark” where he stars opposite Jon Bernthal, Ray Liotta and Allesandro Nivola. “Rules Don’t Apply”, “Grudge Match” and his classic performance in the Adam Sandler remake of “The Longest Yard” only add to his notoriety. Joey has also broken into the world of voice overs with performances in the upcoming indie short, “Grapefruit” and Disney’s “Big City Greens”.

Joey’s voice has definitely gripped his audience with his podcast “The Church of What’s Happening Now”, where he tells stories of his life and his criminal past, as well as how he made it to where he is today. He has also appeared on “WTF” with Marc Maron and “Hotboxin” with Mike Tyson as well as on “The Joe Rogan Experience” where Joe and Joey express the shared love and respect they have for each other and for comedy.

As a teenager, he’d perform a combination of Richard Pryor and his own jokes while riding the number #1 bus that ran from Jersey City to North Bergen. At 16, Joey was orphaned and spiraled out of control on drugs and wound up in a Colorado prison. Thursday nights were movie night at the facility and whenever the projector jammed up, the convicts would yell for Joey to go up on a table and crack  jokes about the inmates and the guards. It was an instant success, and his routine became a Wednesday night staple. He thought he was only messing around but in reality, it was the beginning of his comedy career.

When he was released from prison, he enrolled in a stand up comedy class at the University of Colorado. When the course was over, the instructor pulled him aside and told him to stick with it. For the next 18 months, Joey just watched and asked questions while he worked as a bouncer at a club. One night, Joey finally got the courage to quit his job, and head to Comedy Works in Denver to hit the stage on an open mic night. When he stepped out of the lights, he knew he found what he had been searching for. That was in 1991 and he hasn’t stopped since.

Today Joey is selling out theatres and hosting one of the best comedy podcasts on the internet. He’s a father and husband, but at 57, that hasn’t slowed him down. He just ended the “56 and slinging Dick Tour” and he’s focusing on a one man show, a audio book, a new CD and another tour that starts in the fall. If you get a chance to see him, you’ll realize it’s not what you say but how you say it that makes Joey a true comedian.