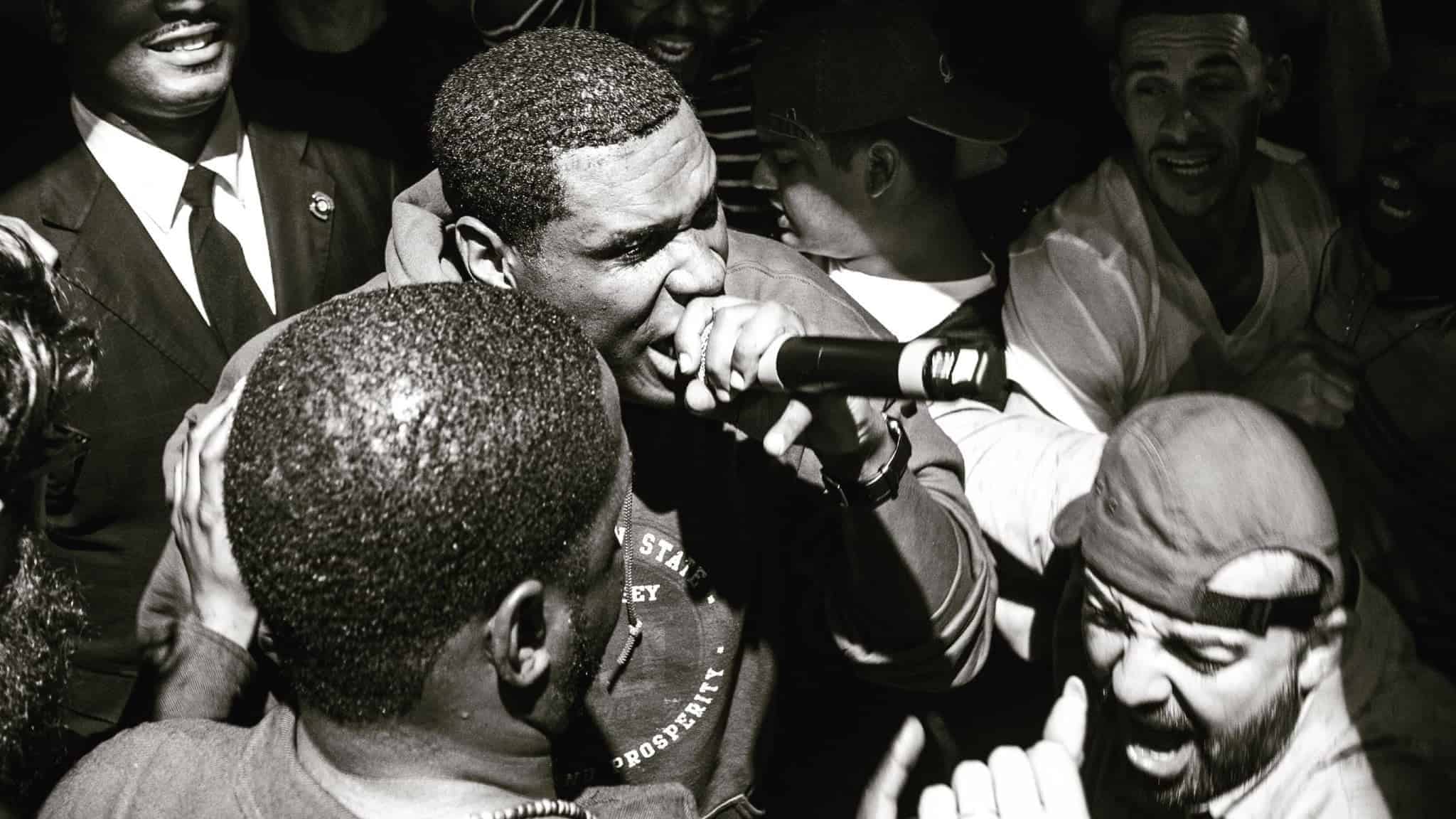 Elpadaro F. Electronica Allah (born September 19, 1976), known professionally as Jay Electronica, is an American rapper and record producer from New Orleans. Electronica first gained significant attention after the release of the musical composition Act I: Eternal Sunshine (The Pledge), which was made available on a MySpace page in 2007. In late 2009 he released two singles, both produced by Just Blaze, “Exhibit A (Transformations)” and “Exhibit C,” the latter of which won a Sucker Free Summit Award for Instant Classic. In November 2010, it was announced Jay Electronica had signed to Jay Z’s Roc Nation record label.

In the Magnolia Projects of New Orleans, infamous for having some of the highest crime rates in the country before being flooded during Hurricane Katrina, Electronica began rapping after hearing his uncle rhyme. By the age of 19 Jay Electronica left New Orleans to pursue his musical career. Living a mostly nomadic lifestyle, he found refuge in cities such as New York, Philadelphia, Baltimore, Detroit, Denver, and briefly in Atlanta. From club to club, and stage to stage, Electronica had gotten booed off and denied because of his Southern accent and slang. “In my earlier years from when I first left home, I was embarrassed from being from the South,” Electronica stated. “Not in general, but as a rapper because all of the negative things that people in the States put on the South.” Electronica’s career really took off in Detroit when he linked up with Detroit native Johnnie Last. In Detroit, Electronica met producer/engineer Mike “Chav” Chavarria, now a regular collaborator, who introduced him to both J. Dilla and Mr. Porter. It is here that he recorded his Style Wars-era music with several J. Dilla beats, meeting the producer subsequently to ask for permission to use the recordings as a demo.

Jay Electronica first gained significant attention through Act I: Eternal Sunshine (The Pledge), made available on a MySpace page in 2007. It is fifteen continuous minutes of music, without drums, built from Jon Brion’s soundtrack to the film Eternal Sunshine of the Spotless Mind. There are five segments or movements marked by changes in music and mood, raps by Electronica, and occasional snippets of sampled dialogue including scenes from Willy Wonka & the Chocolate Factory. The first segment is a spoken word piece by Just Blaze and Erykah Badu describing Electronica over piano music. The nature of the piece of music, along with the nature of its appearance, led to a slow build-up of interest in Electronica as an enigmatic figure. Songs circulating online as the Style Wars EP gained wider circulation, and other songs, such as the dream-inspired “Dimethyltryptamine,” appeared.

In January 2008, Giles Peterson’s 90-minute Gilles Peterson Worldwide podcast was devoted to the rapper. Hiphopdx.com in 2008 called him “arguably… the most talked about new emcee last year… at times… more like a myth or urban legend than an actual rapper” and URB ran a cover story on the artist under the banner “Jay Electronica: A Spotless Mind : An MC’s mystery revealed,” which referred to his wanderings as his being “like some sort of hip-hop Jack Kerouac.” On March 6, 2015, Jay Electronica released “Road to Perdition” featuring Jay-Z. The song uses an audio sample from Ronald Reagan’s “A Time For Choosing” 1964 speech.

On July 3, 2016, after much anticipation, Jay Electronica hinted that he would be dropping new music (The Turn) by writing on his Twitter, “To all those who have been patient with me and supported me over the years, thank you. And get #Tidal#AreYouWatchingClosely?.” He released “The Curse of the Mayweather” in February 2016.

On June 6, 2017, Jay Electronica released “Letter to Falon” produced by himself and The Bullitts. In his narrative for Tidal, he credits Kevin Durant with the inspiration for the song that follows the subject along a tumultuous journey through trials and tribulations. Jay uses autotune on the hook which portrays a distorted and eerie recollection of past conquests. On February 7, 2020, Jay Electronica announced on Twitter that his debut studio album A Written Testimony was completed and would be released on March 18, 2020. The album has been in the works since December 26, 2019, and has a feature from Jay-Z.