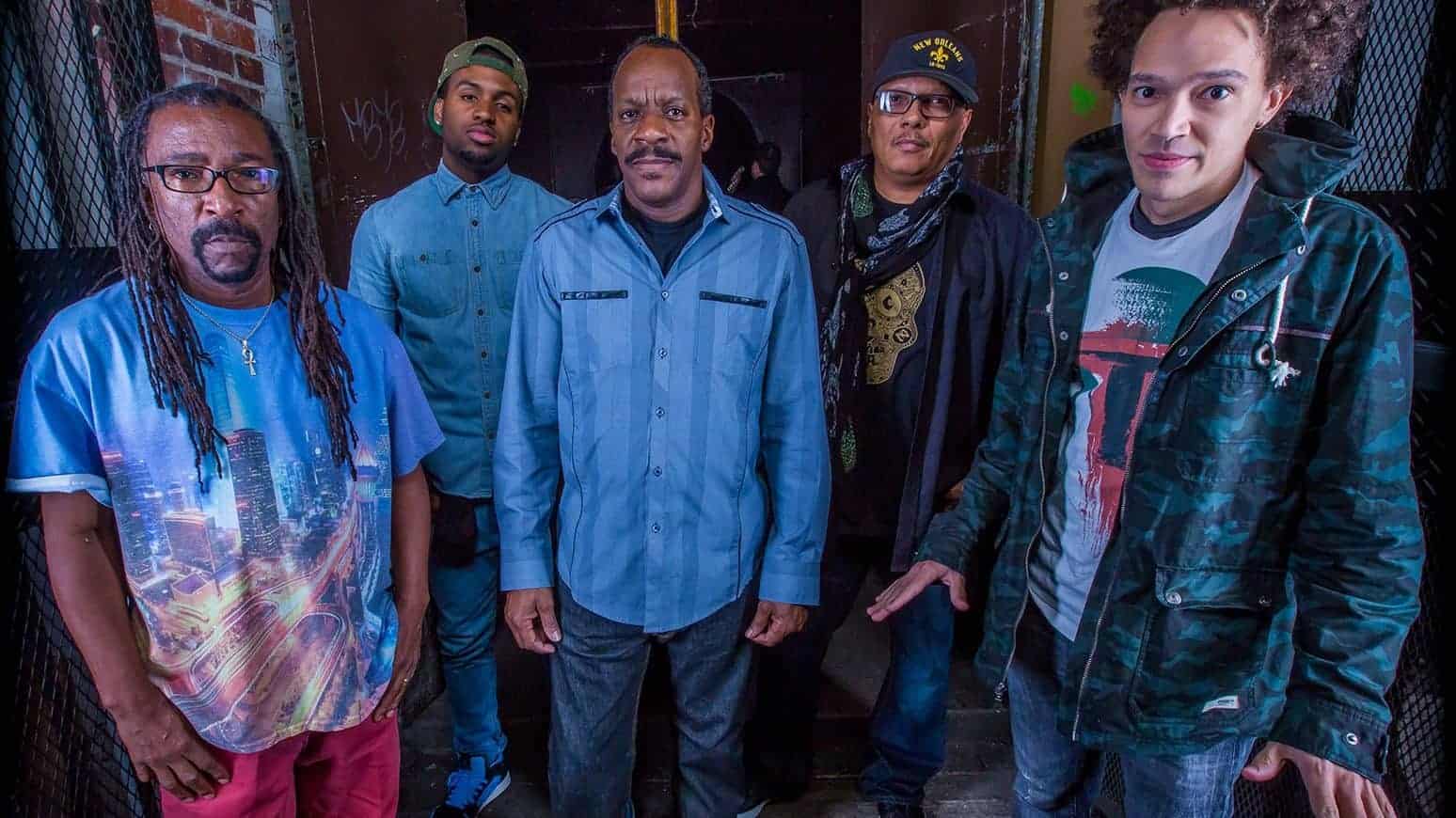 The Parliament/Funkadelic machine ruled black music during the ’70s, capturing over 40 R&B hit singles (including three number ones) and recording three platinum albums. Born in Kannapolis, NC, on July 22, 1941, Clinton became interested in doo wop while living in New Jersey during the early ’50s. . Basing his group on Frankie Lymon & the Teenagers, Clinton formed The Parliaments in 1955, rehearsing in the back room of a Plainfield barbershop where he straightened hair. The Parliaments released only two singles during the next ten years, but frequent trips to Detroit during the mid-’60s – where Clinton began working as a songwriter and producer – eventually paid off their investment.

The Parliaments finally had a hit with the 1967 single “(I Wanna) Testify” for the Detroit- based Revilot Records, but the label ran into trouble and Clinton refused to record any new material. Instead of waiting for a settlement, Clinton decided to record the same band under a new name: Funkadelic. Founded in 1968, the group began life as a smoke screen, claiming as its only members the Parliaments’ backing but in truth including Clinton and the rest of the former Parliaments lineup. Revilot folded not long after, with the label’s existing contracts sold to Atlantic; Clinton, however, decided to abandon the Parliaments name rather than record for the major label.

By 1970, George Clinton had regained the rights to The Parliaments name: he then signed the entire Funkadelic lineup toInvictus Records as Parliament. The group released one album – 1970′s Osmium – and scored a number 30 hit, “The Breakdown,” on the R&B charts in 1971. With Funkadelic firing on all cylinders, however, Clinton decided to discontinue Parliament (the name, not the band) for the time being.

Inspired by Motown‘s assembly line of sound, George Clinton gradually put together a collective of over 50 musicians and recorded the ensemble during the ’70s bothas Parliament and Funkadelic. While Funkadelic pursued band-format psychedelic rock, Parliament engaged in a funk free-for-all, blending influences from the godfathers (James Brown and Sly Stone) with freaky costumes and themes inspired by ’60s acid culture and science fiction.

With the classic early 80s lineup now firmly in place, Fishbone is on a mission to reclaim its rightful spot among the rock-n-roll elite.

Since then, Fishbone has gone on to release 9 more albums garnering major radio airplay and has made multiple appearances in various movies as well as performing live on the ‘Late Night with Jimmy Fallon’ show. In 2010, a documentary written and directed by Lev Anderson and Chris Metzler, and narrated by actor Laurence Fishburn, entitled “Everyday Sunshine: The Story of Fishbone”, was released and premiered at the 2010 Los Angeles Film Festival.

“I just want to say thank you to all of the Fishbone soldiers for donating their hearts and souls for the preservation of our band’s legacy in an OG Fishbone Classic Manifestation,” stated front man, Angelo Moore, “For me and for you.”

Dumpstaphunk stands out among New Orleans’ best as one of the funkiest bands to ever arise from the Crescent City. Born on the Jazz & Heritage Festival stage, and descended from Neville family bloodlines, these soldiers of funk ignite a deep, gritty groove that dares listeners not to move. In Big Easy tradition, dueling baselines from Tony Hall and Nick Daniels III set off one of the dirtiest rhythm sections on the planet, while Ivan Neville lights up the Hammond B3 keys and cousin Ian Neville’s funky guitar riffs send the groove into overdrive. The band recently welcomed their newest member, Alvin Ford Jr. to the quintet, a New Orleans born and raised powerhouse drummer. Dumpstaphunk stands on the merit of their own material. Songs like “Dancin’ To The Truth” off their latest record, Dirty Word (July 30, 2013, Louisiana Red Hot Records), offer an escape into the funky sublime, sharing the true spirit of New Orleans with every note.

About Miss Velvet and the Blue Wolf

Miss Velvet and the Blue Wolf is a new indie funk rock band w/ a much talked about 10 track full length album out on Isotopia Records.