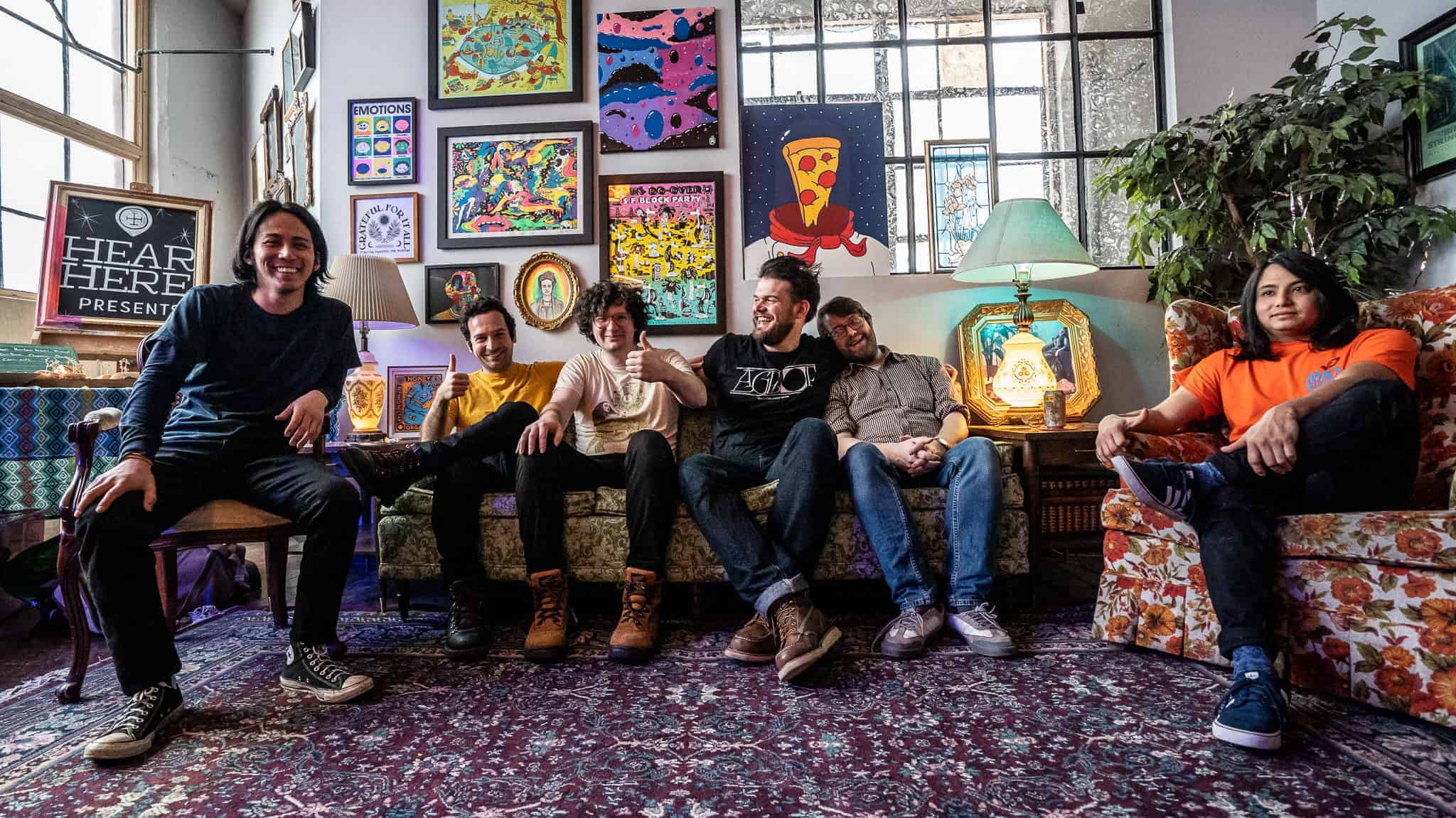 This is a ticket to a replay of a live stream concert performed from the Sony Hall stage February 18. Every ticket purchase comes with a free download of the audio for this show. The download will be provided separately by the artist team via Bandcamp.

I listened to this album for the first time at the exact coordinates specified in the title: deep into the silent spring of 2020, at a midnight hour in New York lockdown, toasting the end of another day in stasis and anxiety. The first lyrics in “Gliding Through” seemed to be written on the spot, for that moment, coming out of the heavy-weather entrance – a circular, rolling thunder speared with serrated-harmony guitars – in a bracing vocal rush: “How you gonna see the light/When everything has gone awry?/Trust the dream that’s in your mind/I promise you we’ll be alright.”

Garcia Peoples have been a magnetic north for me since I first saw the name a few years ago, loved the suspected pun in there (I’m old enough to remember the wisecracks on the Beatles’ Christmas fan club singles), then heard the psychedelic mission and improvising nerve on the records, the circulating gig tapes and finally in the first-person high of live performance. But in a season of fear and profound loss with no clear way ahead, Garcia Peoples rolled up that night with an uncanny medicine that shook me forward and keeps this album within reach, in a high rotation of assuring message and serial discovery. First impressions count a lot when you find a new, favorite record. But the ones that stick around don’t give you everything at once. Nightcap at Wits’ End has a lot of what I need right now – then brings something new every time I play it.

It turns out there is a real-life Wit’s End, a tavern of the band’s acquaintance in rural New York, along the state line not far from Black Dirt Studios where Garcia Peoples made their 2018 album, Cosmic Cash, and the epic-title-track adventure, 2019’s One Step Behind. The duality here runs deep: almost 50 minutes of intricately arranged composition and kinetic guitar chorales christened in tribute to both a familiar place of refuge and that ragged state of mind beyond all common sense, when you keep on going even after you’ve run out of rope and road. The music itself is a double image: one album-length side of songs that advance the crisp momentum and tangled jangle of early-2019’s Natural Facts; and a second half that extends the medley action on Cosmic Cash with the long reach of One Step Behind in a suite of dynamic writing and bonded, instrumental charge, connected by live-to-tape jams – the band’s first time exercising that second-nature-on-stage in a studio.

The juxtaposition affirms what I wrote in the opening line when I reviewed Natural Facts for Rolling Stone: “Expect the unexpected.” And expect it right away. The great crash of guitars at the end of “Gliding Through” suddenly turns into “Wasted Time,” a dream state of rippled-water singing that escalates into its own incandescent guitar argument. Halfway into “Painting a Vision That Carries,” the music hovers in a suspense of acoustic strum and fuzz-buster chords – “Way out there on the brink,” as the lyric goes – before the charging, instrumental climax. Over in the suite, “One at a Time” is slippery bass and swimming guitars; one improvisation sounds like treble prayer winging through a Marin County mist; and there is a minute-and-change of wah-wah brutality before the striking finish of “Shadow,” a quiet hymn for rising through wreckage.

Nightcap at Wits’ End was a long time coming: more than nine months in Philadelphia with Jeff Zeigler, who recorded Natural Facts – from the first work in August, 2019 to the final mix, only a few weeks before I heard it in that eerie midnight. But this album has arrived as if absolutely destined for right now. I am tempted to say it is the band’s best record, except Garcia Peoples are too restless to settle for plateaus. Just do as the title says. Raise a glass at your wit’s end, and let the music blow away the night.

Formed in New Jersey by guitarists Tom Malach and Danny Arakaki, the band took a few years to find their flying shape, solidifying into a lineup with Danny’s brother Cesar on drums and Derek Spaldo on bass by mid-2016. Ramping up their acceleration around the time of their 2018 Cosmic Cash debut on Beyond Beyond Is Beyond Records, they’ve blasted through residencies and new songs and sessions and collaborations, relocating to New York, picking up two new members in keyboardist/multi-instrumentalist Pat Gubler and bassist Andy Cush, and leaving a trail of live tapes in their wake. Last year, they delivered not one but two new albums for BBiB: the sleek and song-oriented Natural Facts and the sprawling improvisatory opus of One Step Behind. 2019 also saw the first performances by the full Garcia Peoples lineup, a six-person behemoth with Spaldo on third guitar.