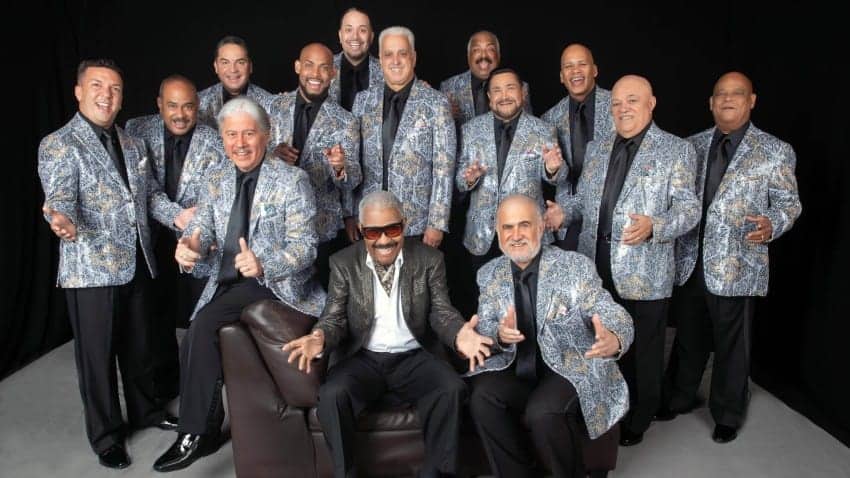 The Great Combo was founded in 1962 by Rafael Ithier. Nearing his 90th birthday, he continues to be the director of the orchestra. The group is known for songs like “Falsaria”, “A summer in New York”, “Elimination of Ugly”, “Witchcraft”, “Death”, “Azuquita pa ‘el café”, “La fiesta de pilito”, ” There is no bed for so many people, “I broke free”, “Rice with beans”, “Without sauce there is no paradise”, among others.

In 2012, the album “The Great Combo 50th Anniversary Vol. 1” was released, this album was nominated for an American Grammy. On August 24, 2016, their CD entitled “Alunizando” was released. This album contains hit tracks such as “My Island” which broke into both Puerto Rican and U.S. radio top charts. It contains 9 tracks, “Arepa con Bacalao”, “Alunizando”, “Seguirá”, “Callao Puerto querido”, “Besar tu boca”, “yo soy tu amigo”, “Tiene que haber de tó y Sacame el zapato”. The record was also paired with a limited edition vinyl for collectors.

El Gran Combo, known worldwide as El Gran Combo de Puerto Rico, is a salsa musical group based out of Puerto Rico, with 54 years of uninterrupted success. The group is considered as the most successful group in Puerto Rico, as well as one of the best known salsa groups across all of Latin America, Europe, the United States, Japan, Australia and China. Overtime, the group has earned a few nicknames, such as “The University of Salsa” and “Los Mulatos del Sabor”.