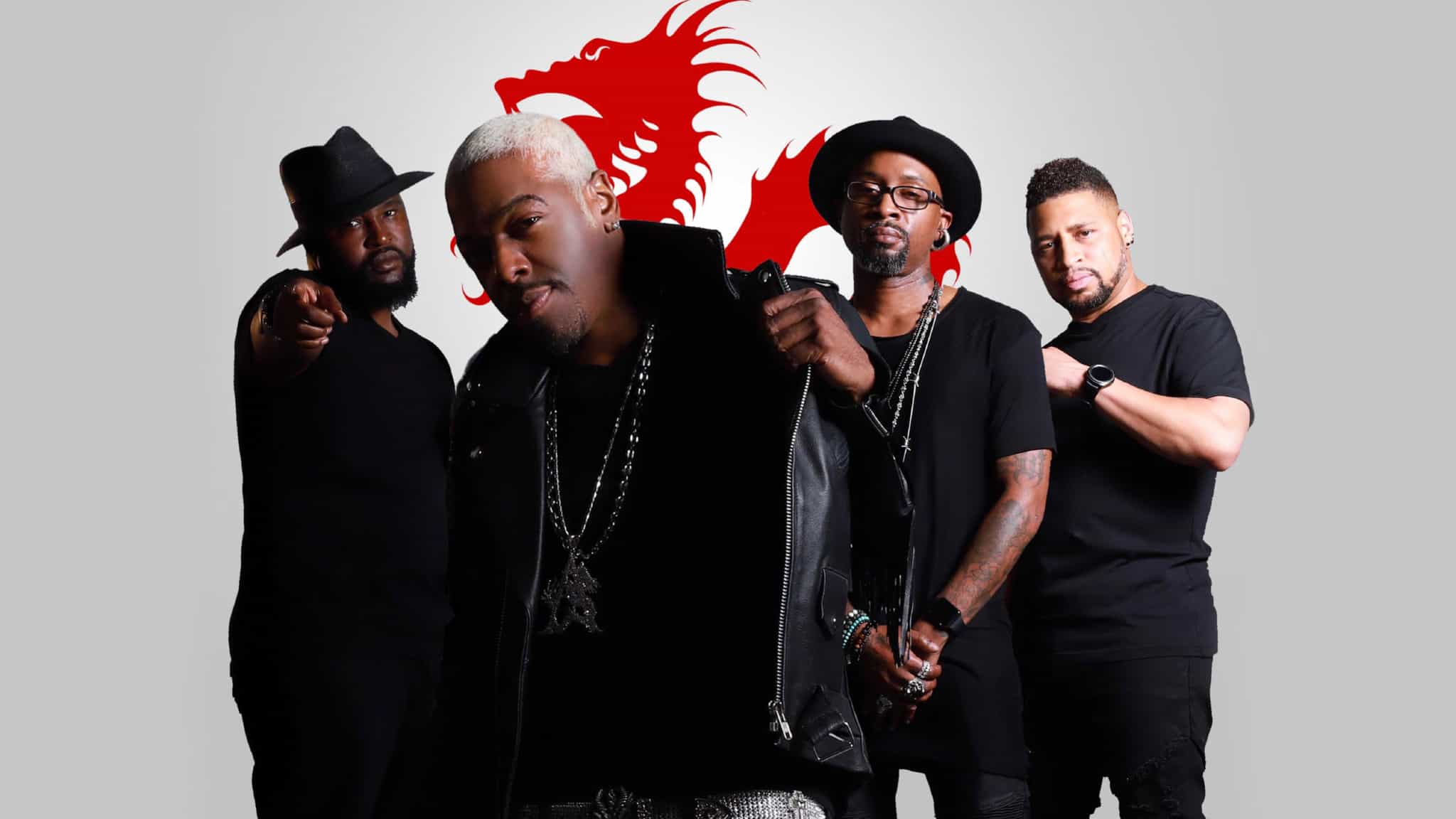 • Full Dinner Menu Available
• All AgesSisQo, Nokio, Jazz, and new member Tao (pronounced tay-oh) equate the perfect musical blend of soulful R&B, rock, hip-hop, and romance. The ultra talented foursome are armed and ready to re-emerge into the industry and take the world by storm with their their soldout performances and fourth album “InDRUpendence Day” which harbors “Love MD” leading as its first single. “InDRUpendence Day” is formulated to showcases their growth and individual personalities; this is guaranteed to be another hit for the already multi-platinum group.

SisQo, Nokio, Jazz, and new member Tao (pronounced tay-oh) equate the perfect musical blend of soulful R&B, rock, hip-hop, and romance. The ultra talented foursome are armed and ready to re-emerge into the industry and take the world by storm with their their soldout performances and fourth album “InDRUpendence Day” which harbors “Love MD” leading as its first single. “InDRUpendence Day” is formulated to showcases their growth and individual personalities; this is guaranteed to be another hit for the already multi-platinum group.

Years from now when it’s all said and done, music historians will surely debate the contributions of those who majorly  impacted the genre of R&B. Icons guaranteed to be mentioned are industry stalwarts such
as The Temptations, The Four Tops, The O’Jay’s, The Jackson Five, New Edition, Guy, Jodeci,  and Boyz II Men. However, any list that does not include  the incomparable Dru Hill is grossly inaccurate. The torch bearers responsible for carrying R&B music into the new millennium was the labor of love for four immensely talented young singers  who were and remain the quintessential example  of superior entertainers. From their first single, “Tell Me” (what you want), Dru Hill has been giving  fans what they need in the form of numerous classic love ballads and infectious dance  songs that have provided countless beautiful memories  for millions  upon millions  of music lovers the world over. Named after a popular Baltimore park, Dru Hill is comprised of “NOKIO”, “SISQO”, “SMOKE”, and “BLACK”.

In a career  that spans over two decades, Dru Hill, under the steadfast leadership of their long-time and trusted manager Kevin Peck, has accomplished literally everything an R&B/Pop group could dream  of achieving. From having a string of Top 40 #1 hit singles,  multi-platinum selling albums,  movie and television

appearances, headlining sold out concert tours #round  the world,  to selling an eye-popping 40 million records worldwide, their star power has never been in question. Proof of their immense global  following was most evident when their reality show entitled “Keith Sweat’s Platinum House” became  the highest rated series in the Centric network’s history, proving their critics wrong  that even after a significant absence from the public  eye, fans still can’t get enough of Dru Hill.

With a music library fit for royalty, boasting some of the biggest selling and most popular R&B songs of all time to include  “Tell Me”, “5 Steps”, “In My Bed”, “Never Make a Promise”, “How Deep Is Your Love”, “These are the Times”,  and “We’re Not Making  Love No More”,  they are considered by many music experts to be key players that helped  to define the 90’s.

Additionally, the group’s music has helped  tremendously to bolster the sale of movies and soundtracks with their songs often having  been the lead single for blockbuster films like “Eddie”  starring Academy Award-winning actress Whoopi Goldberg (Tell Me), “How to be a Player”  starring comedian Bill Bellamy (She’s a Bad Mama Jama),  “Rush Hour” starring Jackie  Chan and Chris Tucker  (How Deep is Your Love), Wild Wild West starring mega superstar Will Smith (Wild Wild West), and “Soul Food” starring former Miss America Vanessa Williams  (We’re Not Making  Love No More).

Since welcoming newest members, Playaʼs Smoke and Black in 2018, the group h#s only risen to new levels of greatness. Lending  their incredible singing  range to the highly  anticipated sixth studio album,  Second Coming, Playa adds another dimension of sound to the already-immaculate harmony that Dru Hill is renowned for, while the timeless sounds of its founding members  remain in perfect sync. Nokioʼs genius as a songwriter, producer, and singer continues to elevate while SisQoʼs musical  brilliance shines brighter with every performance!

As the ever-dynamic quartet gears up to release  their new album,  itʼs clear that theyʼve just gotten started. In celebration of their journey  thus far, the group has exciting surprises in store for its expanding fan base everywhere. Between recording new material and continuously performing at sold-out venues around the globe for a whole new generation of adoring fans, Dru Hill continues to solidify its legacy  as one of the greatest groups  of all time.