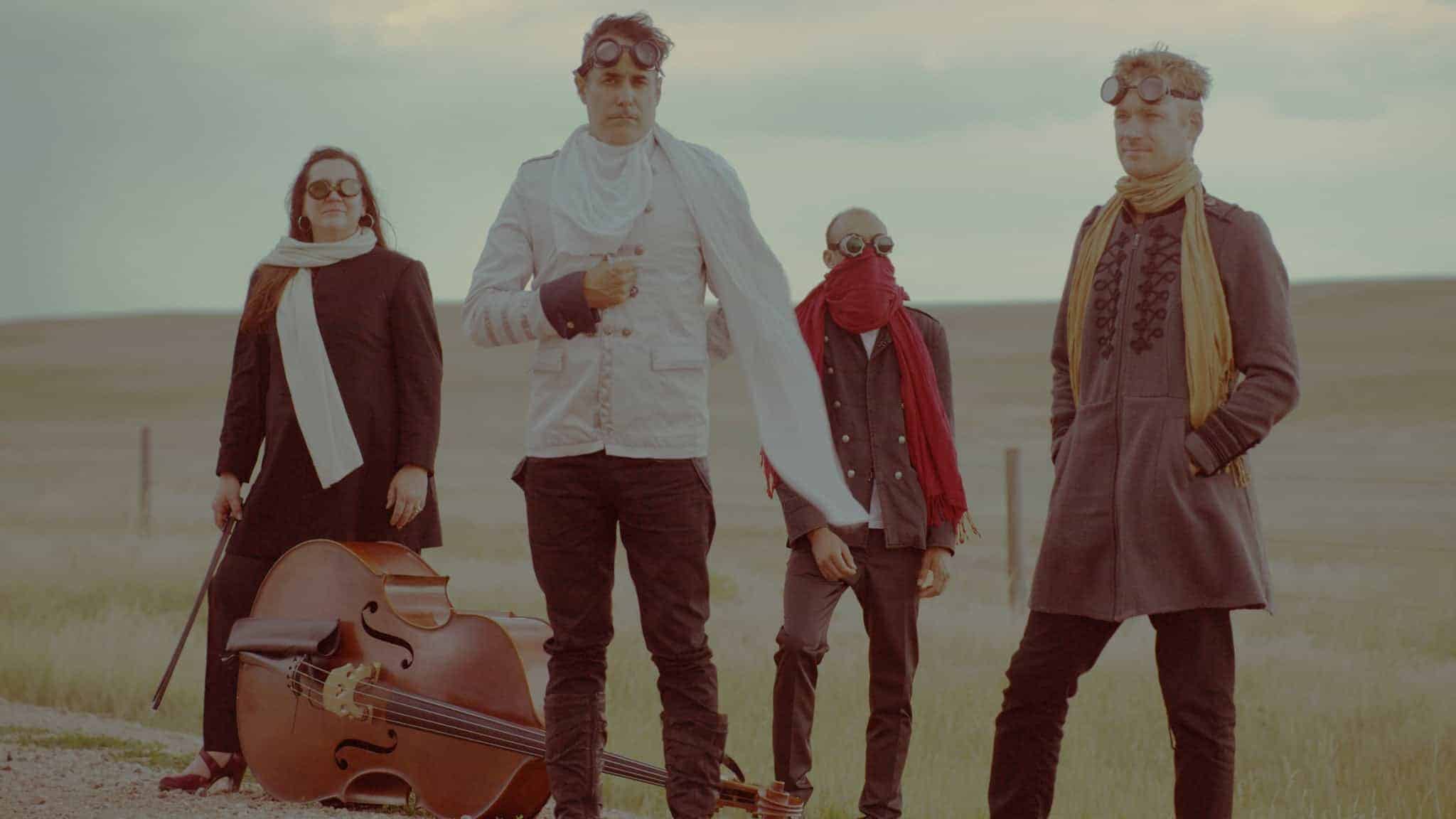 They found widespread success in 2006 with their Grammy-nominated soundtrack to the hit indie film Little Miss Sunshine. Signing with revered indie, Anti-, the band delivered A Mad and Faithful Telling in early 2008, reaching the number nine slot on the Billboard Heatseekers chart. A lengthy world tour followed, including stops at major festivals like Bonnaroo, Lollapalooza, and Bumbershoot. After doing more soundtrack work, this time for the 2009 comedy I Love You Phillip Morris, the group returned to the studio for 2011’s moody and triumphant 100 Lovers. Embarking on another world tour, they collaborated with the Colorado Symphony on the 2012 concert album Live with the Colorado Symphony. Over the next several years, Urata became increasingly involved in his own film composition career, scoring movies like Crazy Stupid Love, Whiskey Tango Foxtrot, Paddington, and the Netflix series A Series of Unfortunate Events. Meanwhile, the band regrouped for a lengthy recording session, eventually returning in 2018 with their sixth album, This Night Falls Forever, this time via Concord Records.

About The Rad Trads

The gentlemen comprising the Brooklyn-based five-piece The Rad Trads distinguish themselves in ways few bands can. Already drawing lines around the block at home, the globe-trotting group’s singular take on rock n roll mixes punk rock energy, horn drenched soul, and jazz precision, all with a lighthearted but sincere delivery. It’s a sound and show that is gaining steam world over as The Rad Trads continue to tour in support of On Tap, out now from Hornblow Recordings.

Challenging but humorous, at times The Rad Trads bring to mind Springsteen and his “Big Man” Clarence Clemons, Dylan’s Blood On The Tracks-era vocal style, and Wilco’s epic guitar breakdowns. All of this sonic goodness is only upstaged by the fact that the guys in The Rad Trads manage to exist as five distinct songwriters and singers in a band that still sounds powerfully egoless, familial, and cohesive. And none of them even planned on being vocalists!

Meeting at New York University in 2012 as conservatory-trained instrumentalists looking to play with NYC’s best musicians, twin brothers John (Drums, Vocals) and Michael Fatum (Trumpet, Vocals), Michael Harlen (Bass, Vocals), Alden Harris-McCoy (Guitar, Vocals), and Patrick Sargent (Keys, Saxophone, Vocals) were, at that time, just “a bunch of buds looking to play the bars and drink for free,” according to John Fatum. “The Rad Trads started off with a bastardized jazz repertoire that was modified, on stage, into whatever seemed to get the audience moving.” The band quickly developed a loyal connection with its audiences. Michael Fatum agrees: “It felt amazing.”

It was at this time that each band member’s individual forays into original songwriting began, coinciding with the discovery that what its followers were enjoying most was the band members’ personal connections with each other. This, even more than the music itself, was making crowds come back for more. As the band’s live sets began to be filled more and more with original songs which all stuck to the “if you write it, you sing it” formula, the fans remained enthusiastically engaged.

With all of that energy flying around, The Rad Trads could have simply been perceived as just a party band, but the band’s booking agent realized that with those expert chops, there might also be a niche within the jazz festival scene for The Rad Trads, and he was right. Harlen explains, “It turns out that every jazz festival in the world needed a fun band to hold down the late night parties, and so we went to Europe for the first time.”

This initial excursion has turned into nearly ten trips to Europe for The Rad Trads, in addition to performances on four continents, in 15 countries, 41 states, and as of this writing, a string of dates in China. The diverse list of artists that the band has performed with in that time includes Lake Street Dive, Charles Bradley, Buddy Guy, Taj Mahal, and The Lone Bellow, among others. “We’ve loved every second of traveling and seeing the world,” John Fatum says.

Fatum is the composer and vocalist of “On Tap” album opener “Good Luck Unto Ya,” a soaring anthem with wall of sound-level overdubs, recently described by American Songwriter as a “funky kissoff track with a killer guitar solo and plenty of horns.” It’s a stunning way to jump start the record, and for the uninitiated, will quickly bring to mind visions of what The Rad Trads’ race-out-of-the-gate live show must be like.

The album is bookended by closing number “Wishing Well,” which is, incredibly, the first song that Sargent ever wrote. “We played the song live for almost a year before recording it, so it had a chance to evolve organically before being put to tape,” he explains to MAGNET Magazine, which in its fullthroated praise of The Rad Trads, also asserts, “We’ve been racking our brains trying to think of another band that has five leader singers, but we couldn’t come up with any.”

Obviously, while the songs on On Tap are exceedingly original, the band’s story is, too. Or maybe surviving the story is what’s most fascinating. As a group comprised of conservatory trained instrumentalists, it’s actually five individual writers and singers that glue The Rad Trads together, the sound of five artists that have found a common voice.

“Our unconventional process keeps The Rad Trads fresh for us, always,” Harris-McCoy explains. “The fact that our egos have not taken us down is somewhat of a modern miracle!” On Tap by The Rad Trads is out now from Hornblow Recordings. Look out for new music videos for album tracks “My Place” and “Thumbtack,” coming soon. The Rad Trads will continue to tour throughout 2019