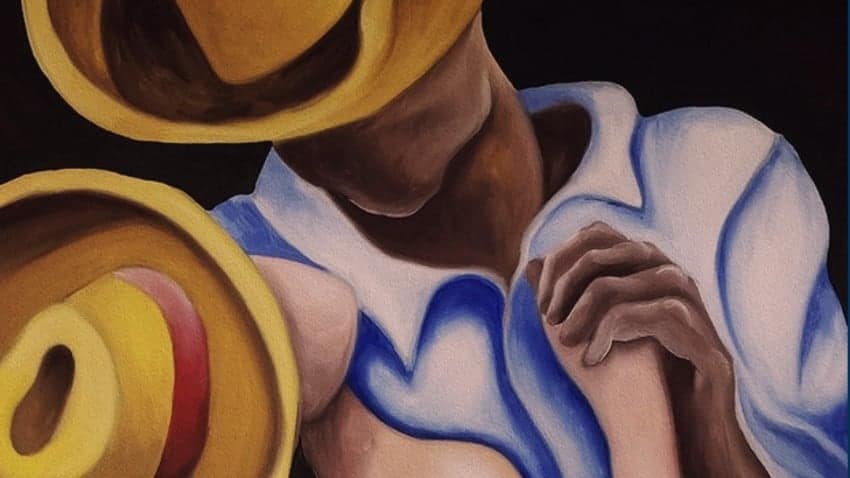 In his new project, Con Tumbao, Cuban singer and songwriter Isaac Delgado brings together an extraordinary band playing a repertory that speaks a familiar language in many accents.

It’s a diverse group with multiple Grammy winners, first-call sidemen, bandleaders, and a MacArthur grant genius. Individually and as a group, their work crisscrosses and connects a universe of traditional and contemporary Latin styles. The goal with Con Tumbao is “to create a whole that is greater than the sum of its parts.”

Issac speaks excitedly about the experiences of Alain Pérez, a frequent collaborator, in flamenco, playing with the late, great Paco de Lucia, and notes the work of trombonist Conrad Herwig with major big bands but also Eddie Palmieri. He calls Pedrito Martinez “a monster, the complete percussionist. He can play all the genres in Afro Cuban music from rumba to religious music,” and talks about Peruvian-born percussionist and arranger Tony Succar, and his knowledge of Peruvian folklore. “Most people don’t know the richness of Afro-Peruvian music,” says Delgado. “They will be surprised.”

Delgado rose to fame in Cuba the late 1980s as the singer and front man of NG la Banda, a pioneering timba group. He stayed with the group three years and during that time, he gave a voice to three of the band’s most popular albums. Still, he developed an international following beginning in the mid-90s, earning several Grammy and Latin Grammy nominations. After recording several albums under his own name, including collaborations with pianist Gonzalo Rubalcaba and arranger Adalberto Alvarez, he focused on an international career, touring in Europe and performing in New York, including a star-studded show at Madison Square Garden with Celia Cruz. There were also memorable performances at the Guerra de la Salsa festival in Peru; the Luis Muñoz Marin Coliseum in San Juan, Puerto Rico; Central Park Summerstage in New York City; the Wolf Trap Jazz and Blues in Washington, D.C.; and the International Jazz Festival in Montreal.

“Early on, as we discussed the project with Alain, I told him I wanted to think about how we could combine, conceptually, people coming from different experiences, working on different projects, around our concept of Con Tumbao—with swing,” says Delgado. “We know they are all great musicians, but this is not about egos and displays of virtuosity. We’ve been around the world, and we all have played all kinds of Latin music, so we are not going to do just Cuban music but Latin American music.”

An elegant performer with a seemingly effortless singing style, Delgado has moved smoothly throughout his career from timba, salsa and Nueva Trova to the stylings of Nat King Cole and back. Still, he knows that with Con Tumbao, his fans will be expecting, perhaps demanding, some of his great hits — think “Necesito Una Amiga,” “Que Pasa Loco!” and “No Vale La Pena.”

“I’ve been in situations in which I was performing in a jazz hall or a theater, playing a different style of music with different musicians, but people would start asking ‘What about such and such song?’,’ he says chuckling. “With Con Tumbao, we will be happy to play music people know and want, especially the first time out. As an artist, you’re always thinking of ways to connect with people, with your audience. But we’re also going to play some of our great Latin standards and new music,” he adds. He is especially intrigued by the idea of dusting off and re-imagining some of the classics in the Great Latin American Songbook. “I know that when people hear ‘standards,’ they automatically think ‘jazz,’ “says Delgado. “But Latin music has such a wealth of great songs, and I don’t think they have been explored as much as they could be. Perhaps we don’t call them’ standards,’ but as musicians and performers, we know that there are certain songs that are obligatory in our repertoire.”

Bringing together these different strands make Con Tumbao a deeply personal, original project for Delgado, one he frames as weaving great individual talents into a powerful collective voice. “All-Stars, especially in Latin music, have been traditionally the projects of labels. Fania is the best example,” says Delgado. “Con Tumbao is not a label’s project but a musicians’ project. This is about a group of great musicians coming together with a common goal. We have a lot of great music to play and a lot to say.”