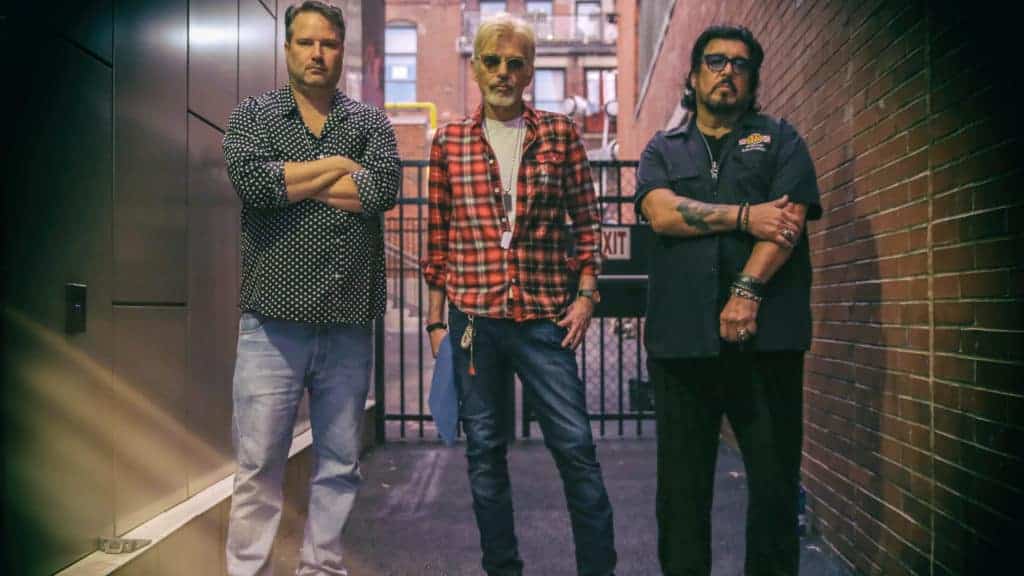 The Boxmasters team with legendary Producer Geoff Emerick for “Speck”

In late 2017 and 2018, The Boxmasters had the honor to team up with legendary Engineer/Producer Geoff Emerick for an album that Geoff has called, “One of the most exciting projects I’ve worked on since The Beatles.”  The album “Speck” will be released on June 7th through KeenTone Records /Thirty Tigers.  Sadly, before “Speck” was formally released, Geoff passed away.

Known for taking over the engineer’s chair on The Beatle’s albums “Revolver,” “Sergeant Pepper’s Lonely Hearts Club Band” and more, Geoff added a familiar sonic touch to the sound of The Boxmasters, who have been unapologetic Beatles and British Invasion fans.  His work on albums by Badfinger, The Zombies, America and Paul McCartney, among many others, have always been huge influences on The Boxmasters.

Sonically “Speck” touches on all of The Boxmaster’s influences, including The Beatles, The Byrds and Big Star but there are new sonic touches as well.  Ukulele, cardboard boxes and the Beatle’s famous “tea towels on the drums” trick pop up on songs throughout the album.  “Geoff really did an amazing job on the mixing of this album and did it in a way that you recognize sounds you’ve known all of your life, but at that same time are in a new way.  And I really loved being able to sit back and enjoy the mixes of an album instead of sweating every tiny detail of every song,” says J.D., who typically mixes all of The Boxmaster’s material.

“Lyrically it deals with every thing from personal relationships to politics, and social issues . The theme being that we are all specks in this universe trying to navigate it , during trying times in the world we still have our own loves, desires , problems and dreams as individuals,” says Bud.  “We’re just little humans.  No matter what our standing is in society”.

The always prolific Bud, J.D. & Teddy have also been working on finishing another long awaited project titled “And Then We Drove” as well as contributing music to an upcoming independent feature film titled “Spare Room.”

The 2019 “Speck Tour” kicks off in the summer and again the Boxmasters will be traveling from coast to coast.  For all of the details on the tour, the album, and anything else of note, please visit www.TheBoxmasters.com.

Stay tuned!  Before you know it The Boxmasters will have another album ready to go!

Fronted by the mercurial actor and musician and drummer Billy Bob (known here as W.R., — obviously William Robert) Thornton, the Boxmasters (the membership, at least in the recording capacity, rounded out by J.D. Andrew on bass, guitars, and vocals and Michael Wayne Butler on guitars and lap steel) are a California-based electric rockabilly/country rock band that is influenced by the sounds of Johnny Cash, Merle Haggard, and Buck Owens but puts a unique spin on the genre by adding a dash of British Invasion-era rock (Beatles, Stones, Kinks) to the mix. The band honed its skills in its early days by playing a handful of live shows in the California area, as well as a few gigs in Tecate, Mexico. The three-piece soon entered the studio — after securing a deal with Vanguard — and recorded its 2008 debut, simply titled The Boxmasters. To augment their sound — and allow W.R. Thornton to step out from behind the drums to take the vocals to the people — the Boxmasters recruited some sidemen to take on their road trips. These musicians included Brad Davis on mandolin, guitar, and vocals; Teddy Andreadis on harmonica and organ/keys; and Mike Bruce on drums. Later in 2008 the band released the holiday album Christmas Cheer, also on Vanguard. Released in 2009, Modbilly featured two discs, one stocked with originals and the other with covers.