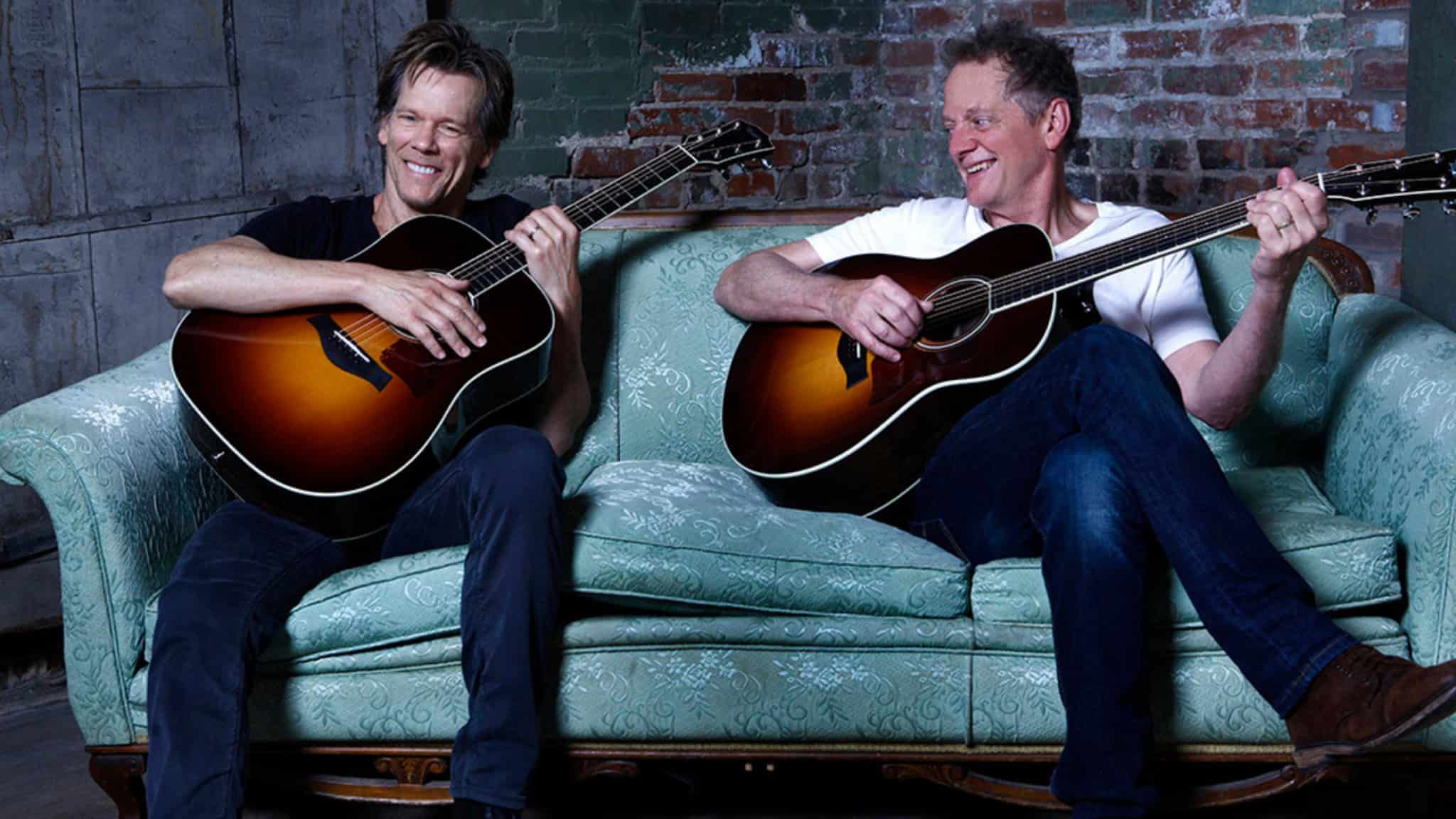 About The Bacon Brothers

Most people would agree that there’s nothing stronger, more durable and occasionally, even more volatile, than the bond between brothers. And when that bond includes the common goal of making music, the results often offer reason for an audience to sit up and take notice. There have been any number of examples in music’s modern era — the Everly Brothers, the Beach Boys, the Kinks and Oasis to name but a few. Not that it’s easy or even agreeable, but there is common cause, and that’s generally enough to ensure there’s passion and purpose in its creation.

Just ask the Bacon Brothers. Fiercely devoted to making music, even from an early age (they cite such influences as the Rolling Stones, the Beatles, Motown, Led Zeppelin, Philly soul, and James Taylor, with mentions from Michael of Pete Seeger, Jimmy Rogers, Chet Atkins, and the Jim Kweskin Jug Band, and additional kudos to Michael from Kevin for his input), the two siblings share a singular body of work that’s found them spending more than 20 years of working the road and paying their dues, resulting in eight albums – Forosoco (1997), Getting There (1999), Can’t Complain (2001), Live: The No Food Jokes Tour (2003), White Knuckles (2005), New Year’s Day (2009), Philadelphia Road (2011) 36 Cents (2014), and the eponymous, The Bacon Brothers (2018)– spanning rock, soul, folk and Americana. Never content to be typecast, they’re fiercely devoted to the cause of making music, undeterred by fame, fortune or the pitfalls that frequently obstruct the path to success.

So while casual observers may be awed by their Hollywood credentials, critics have been quick to note that the brothers – Michael on vocals, guitar and cello and Kevin on vocals, guitar and percussion — along with the band that’s been with them since the beginning — Paul Guzzone (bass, backing vocals), Joe Mennonna (keyboards, accordion), Tim Quick (lead guitar, mandolin and backing vocals) and Frank Vilardi (drums) — eschew any hint of glitz and glamour in favor of an ethic gleaned from the hard lessons that come as a result of determination and drive.

In a crowded social media driven marketplace, Toby Lightman’s pure and soulful voice connects with listeners emotionally and cuts through the noise. People Magazine agrees, stating that “Toby Lightman continues to shine a light on her knack for making rich, soulful pop”. In the 15 years since signing with a major label, Toby has developed and mastered her own sophisticated and unique urban pop sound.

Classically trained on the violin and self-taught on the guitar, Lightman was unaware of her vocal talent until high school. Her first solo appearance was singing Simon & Garfunkel’s “Bridge Over Troubled Water” at her high school graduation to 2,000 friends and family who were unaware that she harbored such talent. The overwhelming reaction from the crowd was what propelled her to buy a guitar and begin her journey as a recording artist. Lightman moved to New York City after graduating from the University of Wisconsin and signed a record deal with Jason Flom (Matchbox 20, Lorde, Jesse J) President of Lava Records with only 3 songs written.

Toby is currently producing her new recordings entirely on her own, playing all of the instruments and mixing the tracks as well. She was inspired to do this by the passing of one of her idols and direct mentors, Prince. Toby’s current single, “Spaces” is the first track that Toby has self-produced. “Spaces” is the beginning of a journey into a more personal time for Toby, written about the desire to fill the space between one and one’s goals; whether that be a love, a dream or just to stay strong in hard times and get to the other side. These songs represent and were inspired by Toby’s desire to get pregnant, something she had to struggle to accomplish. “These songs are extremely personal to me as they are what came out of a hard battle with infertility. I wanted the song as well as the production to be 100% from me and it is.”

Thankfully, after a long road, Toby gave birth to a beautiful baby boy named Leo Cash. She then produced a first collection of lullaby songs for him and called it When The Lion Sleeps – Modern Lullabies; the record is a combination of cover songs and one original.

Toby Lightman’s story is still being told, and she will be touring in support of new, deeply personal music in the months and years to come.